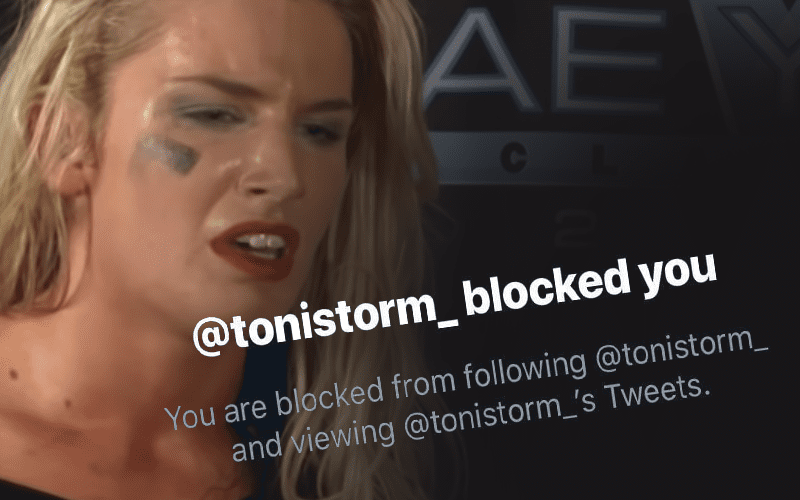 Toni Storm was recently the victim of another attack where her private photos and videos were made public. This is nothing we condone at Ringside News and only report these events.

Since we ran the article other outlets have picked up the story as well. We will not be distributing these stolen images. However, Toni Storm took great exception to our report.

has blocked not only the Twitter account for Ringside News but other Internet Wrestling Community accounts that shared the story. In addition to that, other readers have mentioned that they were blocked for talking about the leaks.

We do not condone what is going on with Toni Storm’s private images and hope that the leaks stop. In the meantime, it looks like Storm doesn’t want people talking about the leaks and she’s willing to block people who discuss it.