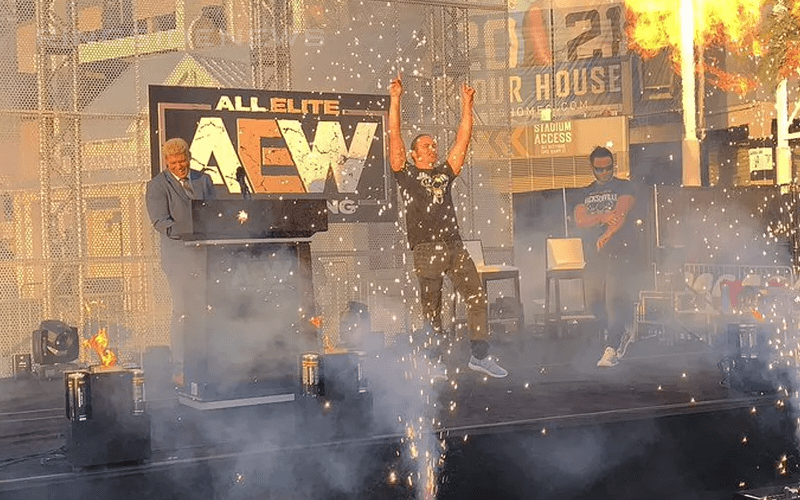 All Elite Wrestling kicked off with a bang during their Jacksonville rally. Chris Jericho and Pac aren’t the only big surprise this new company has either. You can probably expect a lot more news to come very soon.

The first official All Elite Wrestling show will be called Double Or Nothing. It will take place in Las Vegas and they already needed to move the venue. They found a home on May 25th in Las Vegas Nevada at the MGM Grand Garden Arena.

Tickets for the Double Or Nothing show are not on sale yet, however, they are planned to be released sometime in February about the same time they announce the big main event AEW has planned.

The Wrestling Observer Newsletter reports that the second official All Elite Wrestling show will take place during the Summer in Jacksonville. This is the event they teased during the rally which will go to benefit the victims of gun violence.

We already have an idea what they will call their Jacksonville event, however, there is one group of States military veterans who would love to help AEW work on this event as well.

The third official All Elite Wrestling show (we’re not counting ALL IN) is reported to take place in Chicago. It could be at the Sears Centre once again. This is the same venue that hosted The Elite’s first ALL IN show and it is noted that the idea could be an anniversary event for the first ALL IN over Labor Day weekend.

You never know if the Chicago location could become an annual event for AEW. Only time will tell what The Elite has in store next for AEW. We will keep you up to date on everything as we hear it here at Ringside News.