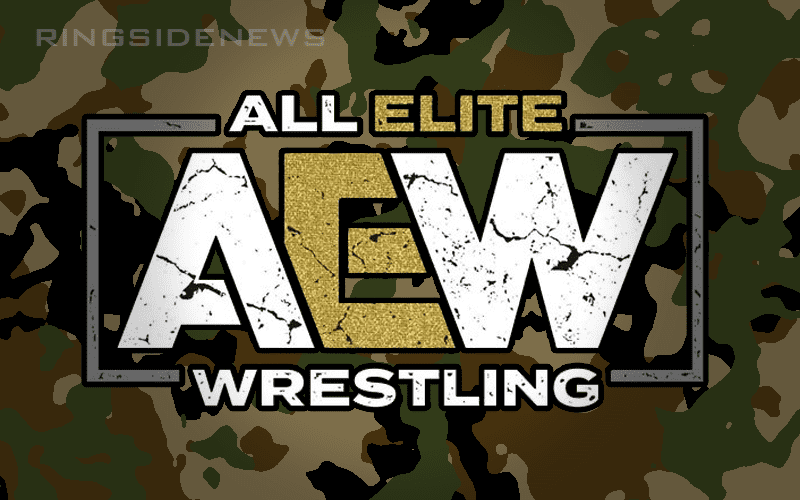 We previously reported how All Elite Wrestling filed a trademark for Fight For The Fallen along with a couple of other very interesting ones. Now one man has a very good idea and he composed an open letter to The Elite where he proposed a great idea.

Al Burzynski recently contacted us with an idea that he says, “Based on my professional assessment AEW’s Fight for the Fallen would rival WWE’s Tribute to the Troops.”

Burzynski has a history with many philanthropical projects and has worked with the professional wrestling business as well. In the letter, he explained

“My professional and philanthropic endeavors have brought me great joy and success over the years as a Public Affairs Officer (PAO), U.S. Army Recruiting Command, Advertising and Public Affairs, Chief of Public Affairs, Department of Veterans Affairs, and as a sports marketing professional. Throughout this period my love of the military,  pro wrestling, and combat sports have always been a constant.”

“I have been blessed to work with great, patriotic organizations such as the WWE, UFC, TNA, and a multitude of independent wrestling promotions who share in my passion for caring and supporting those who gave some and continue to remember our fallen warriors who gave all and their families they left behind.”

He went on to explain how he has been on a Fight For The Fallen for years. A project like this could do a lot of good for many people. Whether it is an event for veterans or one where proceeds go toward a wounded warrior charity, it could work very well.

“My cohorts and I would relish an opportunity to share our warrior wisdom, time, talent, and treasures with AEW leadership with the intent of joining forces in continuing to Fight for the Fallen™ while making history and contributing to AEW’s future success.”

Only time will tell whether The Elite will give Burzynski a call, but the offer is apparently on the table.