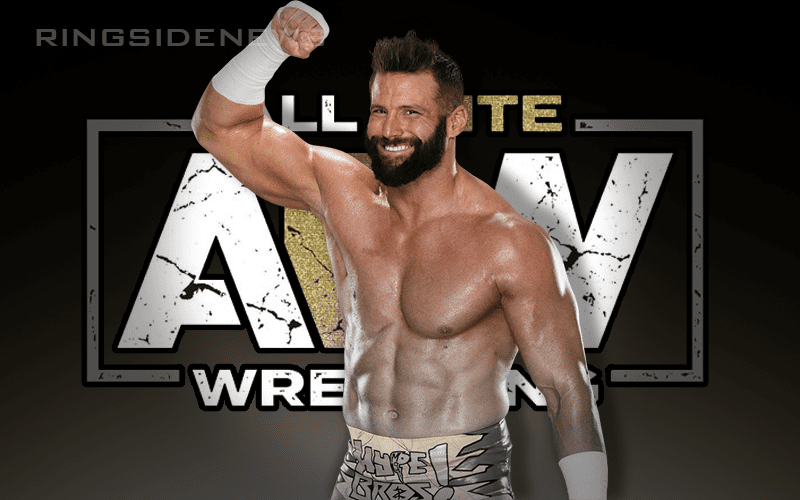 All Elite Wrestling is looking to change the universe and this could mean raiding WWE’s roster a little bit. Only time will tell who shows up in AEW from WWE, but there are a couple of reasonable choices.

One person some fans might not consider for AEW is Zack Ryder. The longest-reigning current WWE Champion (sort of) is actually very close friends with Cody Rhodes. In fact, it was Cody and Brandi Rhodes who first introduced Ryder to his girlfriend Chelsea Green.

Bully Ray discussed All Elite Wrestling on Busted Open Radio and the likelihood that a guy like Zack Ryder might be right at home there.

“That’s the main thing right there like you know I’m sure Cody wants to help out his friend I’m not sure if anything is ever going to get better for a guy like Zack Ryder from a creative point of view, in-ring point of view.”

“I’m sure he will continue to be paid and make a decent living and be able to collect his action figures that he spends an ungodly amount of money on. So if he wanted to stick around and stay and just make that money, that’s fine. But if he wants to make comparable money and get out there and wrestle and be the version of Zack Ryder that he knows he can be and be the version of Zack Ryder we know he can be the Z True Long Island Story or whatever his YouTube channel was in which he got over to the moon, then he needs to go to AEW.”

It was noted that All Elite Wrestling would use that version of Zack Ryder and be able to get him over. Bully Ray continued to note that Ryder could also really be an asset there.

With Chelsea Green recently signing with WWE’s NXT brand, that could always be enough to keep Ryder around as well. The fact that Ryder didn’t have an actual match on Raw all year in 2018 could also help him make a decision.

Ryder was super over with his YouTube channel to the point where The Rock was getting chants for Zack Ryder. Bully Ray said how hard it is to get over in WWE if you’re not one of the chosen few. Maybe Ryder could find much more success in AEW.