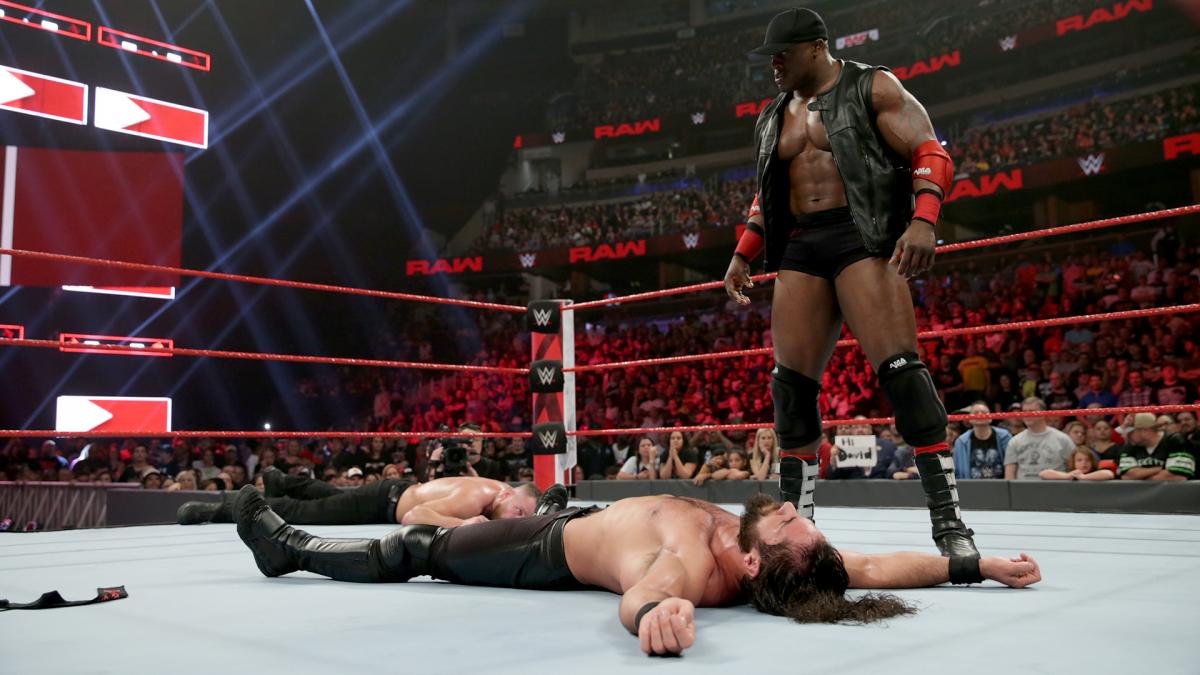 Seth Rollins came very close to winning the WWE Intercontinental Title on Raw this week. He beat Dean Ambrose in just about every way he could, but then Bobby Lashley got involved and ruined things for Seth.

Dave Meltzer made a quip on Wrestling Observer Radio how WWE is pairing Rollins with Lashley so we get used to seeing him wrestle bigger guys.

During PW Torch’s Post-Raw Show, Zack Heydorn noted the same idea and expanded on the time frame this rivalry will likely take up for The Architect.

“This is a really good program for Seth Rollins to kind of like I see it as a television program leading into the Royal Rumble that can get him hot against a bigger opponent maybe to help give him credibility and an inevitable Rumble win and a show down with Brock Lesnar.”

This feud against Bobby Lashley might not be intended to last long for Rollins, but it could be conditioning fans to make it more believable that Rollins can take a bigger opponent down.

Only time will tell if a possible WrestleMania match will see Seth Rollins defeating Brock Lesnar, but it is very interesting that he’s being placed in a feud with Bobby Lashley right now as Rollins stands toe-to-toe with the big man.