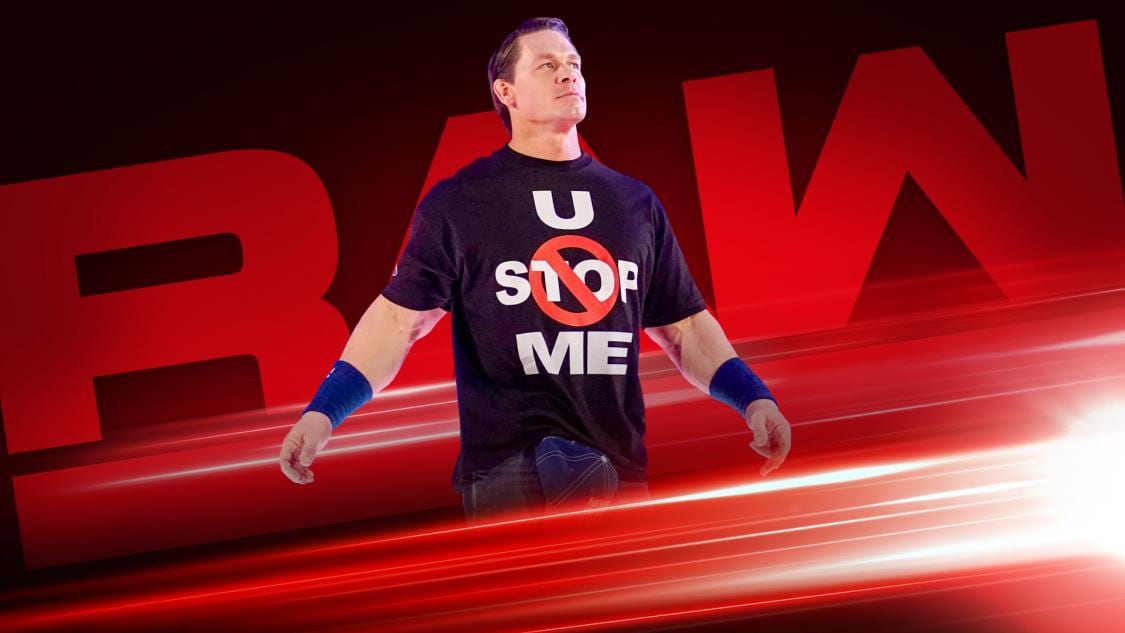 Welcome to Ringside News’ coverage of Monday Night Raw! The first Raw of 2019 no less!

And tonight’s show is set to be a pretty big one, indicated by two giant names returning to the red brand for the first time in a while. The first, and by far more welcome return, is that of John Cena! There doesn’t seem to be any real reason for Cena’s return, but hopefully he’s sticking around until WrestleMania at least! The other return scheduled for tonight is a much more controversial one, and that’s Hulk Hogan. Apparently the Huckster is back to celebrate the life of “Mean” Gene Okerlund, which just seems like a gross way to reintroduce Hogan without much backlash, thus exploiting Okerlund’s death. Whatever, I for one would love to never have seen Hogan again but here we are. Let us know how you feel about it!

The Beast Incarnate, the WWE Universal Champion, Brock Lesnar also returns on tonight’s show, to really kick-start the next stage in his feud with Braun Strowman. The two giants are set to face-off at Royal Rumble for the belt, so tonight serves as the start of that rivalry, again.

Also, The Revival are challenging for the WWE Tag Team Titles in a Lumberjack Match; Seth Rollins is his old self again; Elias takes-on Baron Corbin; and we’re being treated to a Moment of Bliss. So that’s all the news for tonight’s Raw! Let us know what you’re excited to see by commenting, following us on Instagram, and or downloading the Ringside News app! Enjoy the show!

WWE Raw opens with a graphic in memory of “Mean” Gene Okerlund, who sadly passed away a few days ago.

The feed cuts backstage, where Seth Rollins and Boby Lashley are brawling like crazy! They’re fighting like madmen and several officials/Superstars are attempting to separate them. The brawls spills through Gorilla position to the stage, where they continue to trade shots. Rollins knocks Lashley off the stage, then dives onto him. They continue fighting until Lashley tosses Seth onto the stage and they’re finally separated. Both men are taken backstage.

WHAT THE?? An all-out BRAWL has broken out between @WWERollins & @fightbobby at the start of #Raw! pic.twitter.com/LYBmUttHd3

Right after that, the sixteen-time WWE Champion, John Cena’s music hits and he makes his way to the ring! Cena is fired up and says he thinks the crowd is too. He says this is the Road to WrestleMania and that means there is one match that everyone can be part of, one matcht that leads to the main event of WrestleMania. He says it’s easy to miss out on WrestleMania, he knows that feeling, but this year he is entering the Royal Rumble and aims to win!

Cena responds to Drew, saying he’s heard this spiel before. Every week for years he’s had people come out here and tell him that they’re going to blow past him but none of them ever do it. McIntyre says, the difference between them and him, is that he isn’t all talk. McIntyre starts to take off his jacket when they’re interrupted by Lio Rush and Bobby Lashley. Rush says they have a problem; Seth Rollins has been running around like a mad man, using chairs, and attacking the Almighty Bobby Lashley. Rush says they’ll get a lawyer if something isn’t done about Rollins. Rush says the show is officially cancelled.

All of a sudden, Rollins attacks Lashley from behind. They brawl until Dean Ambrose runs out. Cena runs over to make the save, so McIntyre attacks him. Finn Balor’s music hits, and he runs down. Balor takes McIntyre out with a Sling Blade and clotheslines him out of the ring. Balor then wipes everyone out with a summersault senton. We head to the break with the makings of a tag match in the ring!

It looks like @DMcIntyreWWE may have a thing or two to say to @JohnCena… #Raw pic.twitter.com/oMBAEIbSyh

We join the match in progress, with Cena and Lashley fighting it out – two old-schoolers these days. Cena leapfrogs Lashley and clotheslines him before tagging in Finn Balor.

Balor comes off the top rope with a double axe handle to the arm of Bobby. Lashley quickly takes him down and hits a scoop slam. Dean Ambrose tags in, but Balor quickly takes him down with a pair of arm drags. Ambrose has a whip reversed, but he tries for a sunset flip. Balor rolls through and dropkicks him in the face. Ambrose quickly powers him to the corner, and McIntyre tags in.

Lashley tags in and punches Balor in the ribs. Lashley applies a chin lock, but Balor fights up. Lashley quickly elbows him in the neck to take him down. Lashley sends Balor to the corner, but Balor boots him back and fights off the heel side. Lashley quickly stops the tag and powers him to the corner for some shoulder thrusts. Ambrose tags in and wildly stomps away at Balor. Balor boots Ambrose back and hits an overhead kick.

Cena tags in and hits a pair of flying shoulder tackles and a back suplex powerbomb. Cena does the 5 Knuckle Shuffle and goes for an Attitude Adjustment on Ambrose. McIntyre blind tags in. Cena hits the AA on Ambrose and turns into a Glasgow Kiss from McIntyre. McIntyre picks up a two count, as we head to the break.

We come back from the break to see Cena elbow Lashley and hit Ambrose with a dropkick. McIntyre tags in, and he punches Cena to the mat. Cena fights bac, trading shots with Drew, and hits the ropes, but McIntyre counters with a spinebuster and a jackknife pin for a two count.

Lashley tags in and takes Cena down for a near fall. Lashley starts posing before blindsiding Rollins. Cena then drops Lashley with a quick AA. Both men are down but Ambrose manages to tag in, and he applies a sleeper hold to Cena. Big match John tries to fight out but Ambrose takes him down and cinches it in. Of course, Cena soon fights up, but Ambrose knees him in the midsection to take him down. Ambrose drops an elbow, and Cena rolls out of the ring to recover. Ambrose follows him outside and throws him into the ring steps! Cena is down and out on the outside as we head to another break!

We come back from the break to see Ambrose hit a snapmare on Cena and pick up a two count. Ambrose applies another sleeper hold, but Cena fights up. Cena stands, with Ambrose on his back, and Cena is walking to his corner. Ambrose realises what’s happening, and rakes the eyes, then knocks Rollins off the apron. Ambrose and Cena then take one another out with a double clothesline.

Cena gets to his corner and Balor tags in, who takes Ambrose down before knocking McIntyre off the apron. Balor takes Ambrose down and hits Lashley with a Sling Blade. Balor counters Dirty Deed with a leg sweep and a double stomp. Balor dropkicks Ambrose into the corner and hits the Coup de Grace. Balor then turns into a Claymore Kick from McIntyre! Both men are out cold!

Triple H is shown on the titantron talking to Bayley and Sasha Banks. Rollins gets mad that he wasn’t watching the match and runs backstage. Rollins finds him and slaps the coffee cup out of his hand. Rollins says he wants Dean Ambrose tonight. Triple H agrees to the match, but says it’s Falls Count Anywhere! Triple H then welcomes Rollins back and walks off.

We see Hulk Hogan walking backstage, wearing a Gene Okerlund t shirt, he’ll be out next.