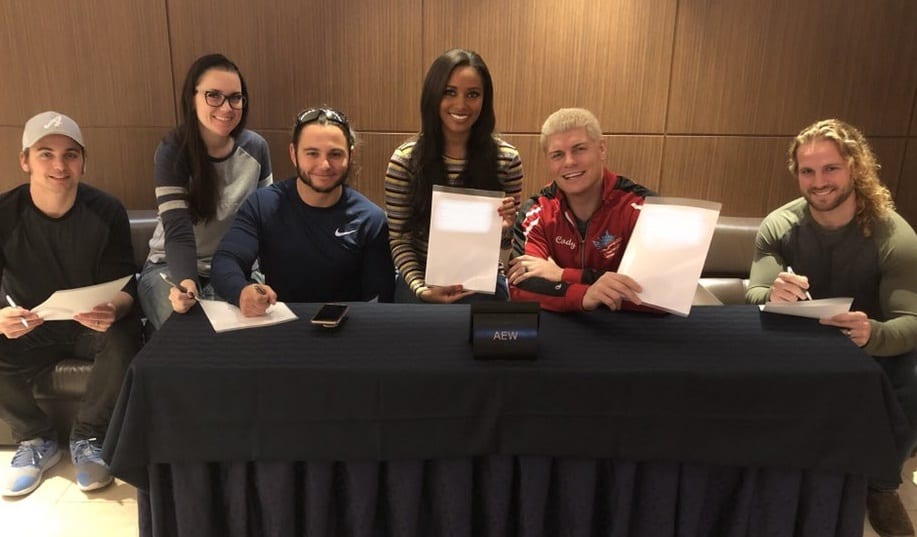 All Elite Wrestling’s representatives lost all of their matches at NJPW’s Wrestle Kingdom 13 show. There was a meeting scheduled for the following day to discuss the future of three companies possibly working together. However, it might not have turned out the way The Elite would have liked either.

Kenny Omega announced yesterday that he is leaving New Japan. Now his options might be a little more complicated.

Dave Meltzer noted on Wrestling Observer Radio that after the big meeting between NJPW, ROH, and All Elite Wrestling had concluded, a decision was made that essentially puts AEW out on their own.

“New Japan has made the decision that they are going to work with Ring Of Honor and right now, at least for now they’re not working with All Elite.”

It was said that this changes things a lot because as of about a week ago the thinking within AEW was that Kenny Omega could work for both New Japan and All Elite Wrestling.

Of course, things could change for AEW once NJPW and ROH’s Madison Square Garden event is over, but nothing is certain.

Meltzer said that All Elite Wrestling wanted to partner with New Japan on events, but that’s not happening right now. It was also said that it may have cost them Kenny Omega. Therefore, New Japan Pro Wrestling is losing The Elite which will be a pretty big shot to take in regards to maintaining US fan interest for the company.