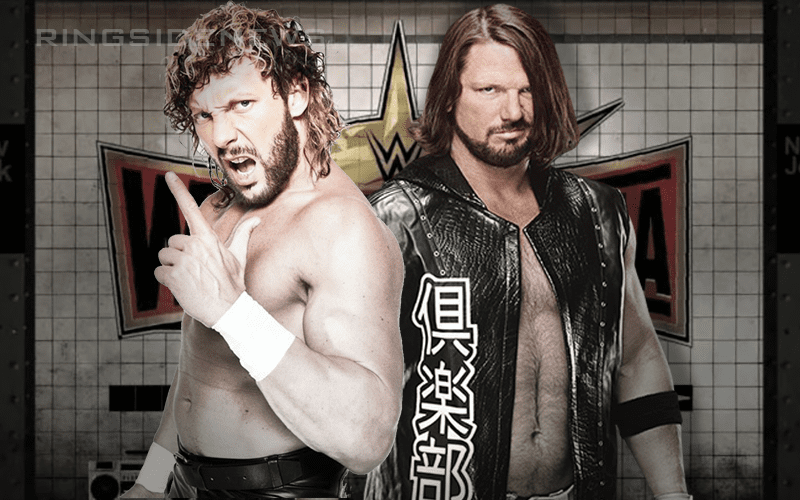 Kenny Omega could be on his way to WWE. Then again, he might be signing with All Elite Wrestling. He could have been left off of NJPW’s New Year’s Dash to swerve everyone because he’s staying in New Japan. We’re not sure what his next move will be, but he once gave a reason on Wrestling Observer Radio why he would go to WWE.

AJ Styles is currently in WWE and Kenny wants a marquee match on the Grandest Stage Of Them All with the former Bullet Club leader.

“The main reason I would go to WWE is because I would love to have a match against AJ Styles at WrestleMania. If I’m being truthful, before AJ hangs it up, and before I start to degenerate as an athlete, I really want to have a big match with him on the biggest stage possible, so that is a career goal of mine.”

You never know what Kenny Omega will do next. He could fit in very well on top of WWE’s card and it is said that WWE did everything they could to bring him in.

Maybe one day he’ll get that match with AJ Styles and you never know if they could have enough room to make it happen before The Real AJ Styles’ contract is up and he has a decision to make of his own.