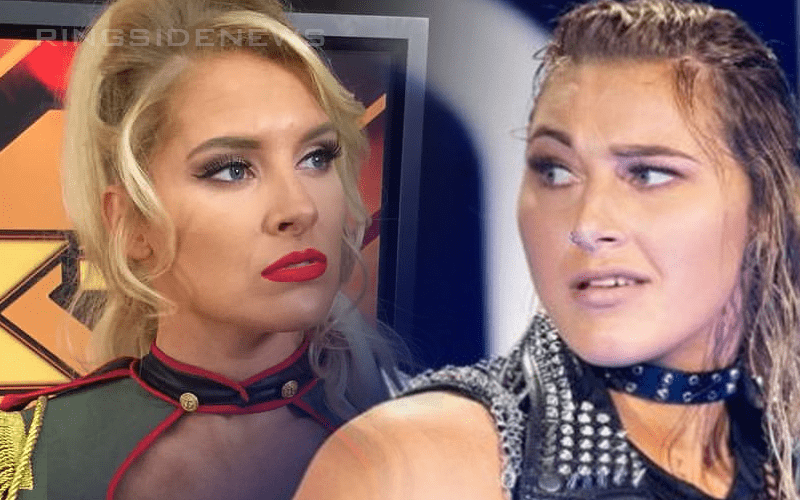 Lacey Evans is on her way to the WWE main roster soon. We’re not sure how soon she will debut, but it could be anytime now.

While she is going to the main roster, it seems she might have someone in NXT UK that she sees as one of the nasties as well.

During what Lacey Evans says is her #ClasslessLastTour she found herself next to Rhea Ripley and not enjoying the NXT UK Women’s Champion’s music at all.

She could hear the “terrible screaming music through her headphone” and commented “never again.”

Ripley replied calling Evans “mom” and said maybe she could use her skills and make some food. This prompted a reply from Lacey Evans that included a bit of a threat.

“I’ll bend you over my knee and spank you like my daughter (with your own damn belt) if you keep running your mouth sweetheart.”

Lacey Evans probably can’t wait to get out of NXT and on the main roster. However, she will probably end up missing the WWE Performance Center as most people do.