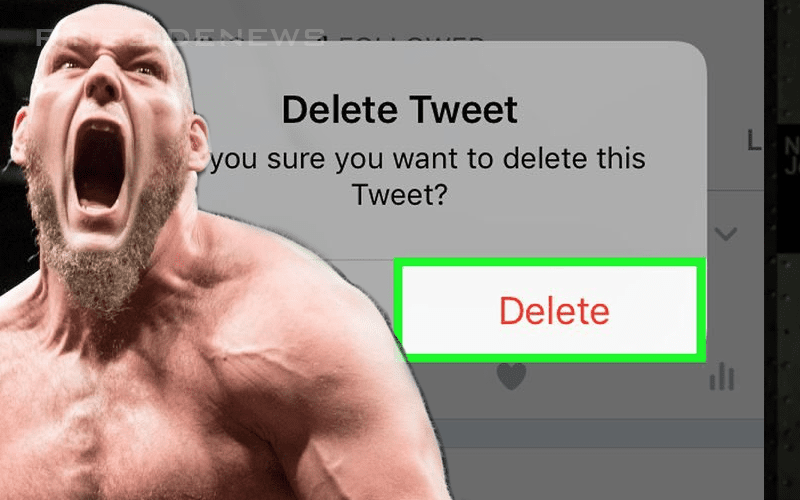 Ronda Rousey and Becky Lynch recently traded some pretty epic shots on Twitter. During that back and forth, Rousey seemed to blame Lynch for running away with a pair of her underwear.

Lars Sullivan wanted to chime in and talk about how he was A Freak, so he did. Then Lynch put him in his place to the point where he had to delete his tweet and step out of the online banter because he had been bested.

“Just got nailed by The Man. Had to delete,” Sullivan replied in another tweet he went on to delete. This is only a couple of many deleted tweets that Sullivan has sent out recently.

We really do wish Sullivan the best as he takes over the main roster. It’s going to be a lot of fun to see what he’ll be able to do.

Sullivan also recently blocked Ringside News founder Steve From Florida probably because we were paying attention to his Twitter account. This new gimmick of deleting tweets might be entertaining, but it’s not really new as Ryback has been using it for years.

Just how hard were you kicked in the jaw that one time you little freak? https://t.co/S6sxbQujZk