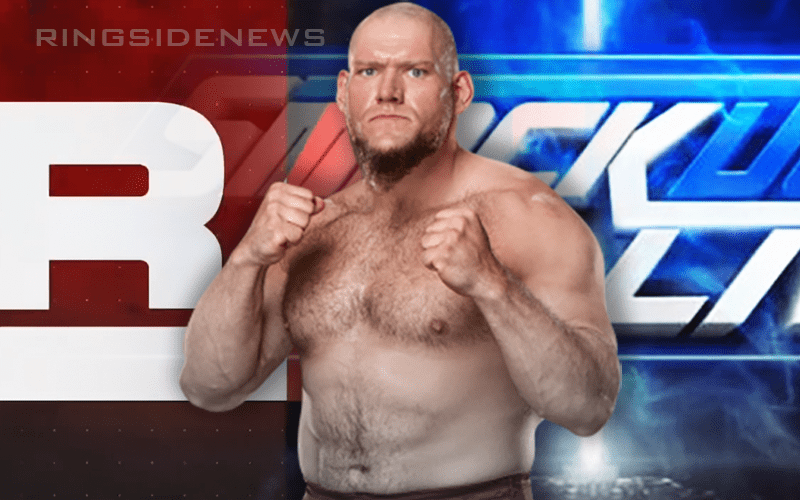 Lars Sullivan is coming and his destructive power in the ring and bodybuilding message boards will soon be fully realized. We previously reported that WWE has big plans for Lars once he gets called up to the main roster. The only big question is which brand he will end up being a part of.

“Knowing what I know about this company, the big guy is going to RAW, that’ll be Lars Sullivan and Aleister Black will end up on SmackDown. Honest to god, I think that’s where both of them should end up. Because I hesitate to say this, but based on what they’re doing with the video packages and that sort of thing, I don’t think they’re going to screw up Lars. I do think they could easily screw up Aleister Black, so he’s better off being on the two-hour SmackDown show where he has a chance to shine as a main eventer than he does on RAW.”

“Now I don’t know if Aleister Black is coming up at the Royal Rumble. I know we said on the show there was talk of him being called up but he didn’t say when. The next thing you know it’s the Royal Rumble.”

Lars Sullivan was supposed to make his decision on which WWE brand he was choosing to go to during the Royal Rumble event. However, as we previously reported Vince McMahon saw the video packages for Sullivan and couldn’t wait to air them. Let’s just see where WWE decides to put him when he does get brought to television.