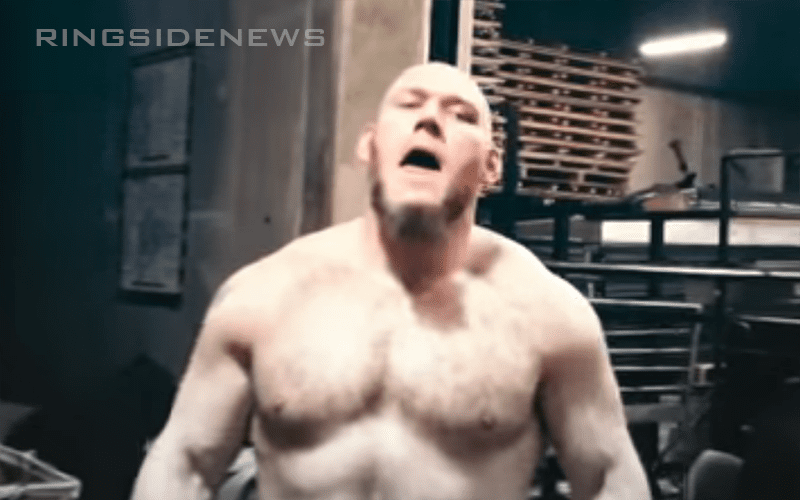 Lars Sullivan is on his way up to the WWE main roster. The only question is where he will end up. Apparently, this idea was the plan for Lars all along, but Vince McMahon just pulled the trigger early on the plan.

Bryan Alvarez discussed Sullivan on Wrestling Observer Live where he revealed what WWE’s initial intentions were for The Freak Lars Sullivan. Apparently, there were plans to hold off on Sullivan that would come to a head at the Royal Rumble event.

“Here’s the original idea for Lars Sullivan everyone. The original idea for Lars was that video package they’ve been airing was not supposed to air until after TLC. What they were going to do was they would have the Raw people wanting Lars, they’d have the SmackDown people wanting him and it was all going to build to the Royal Rumble where Lars was going to make his big decision about what show he was going to go to.”

It seems like WWE might be carrying on with their plans a bit early. But you never know if WWE will fly Sullivan to an event just to surprise us all with a display of his destructive power. If I were a betting man Sullivan is going to do a lot of damage before anyone is able to put a stop to him.