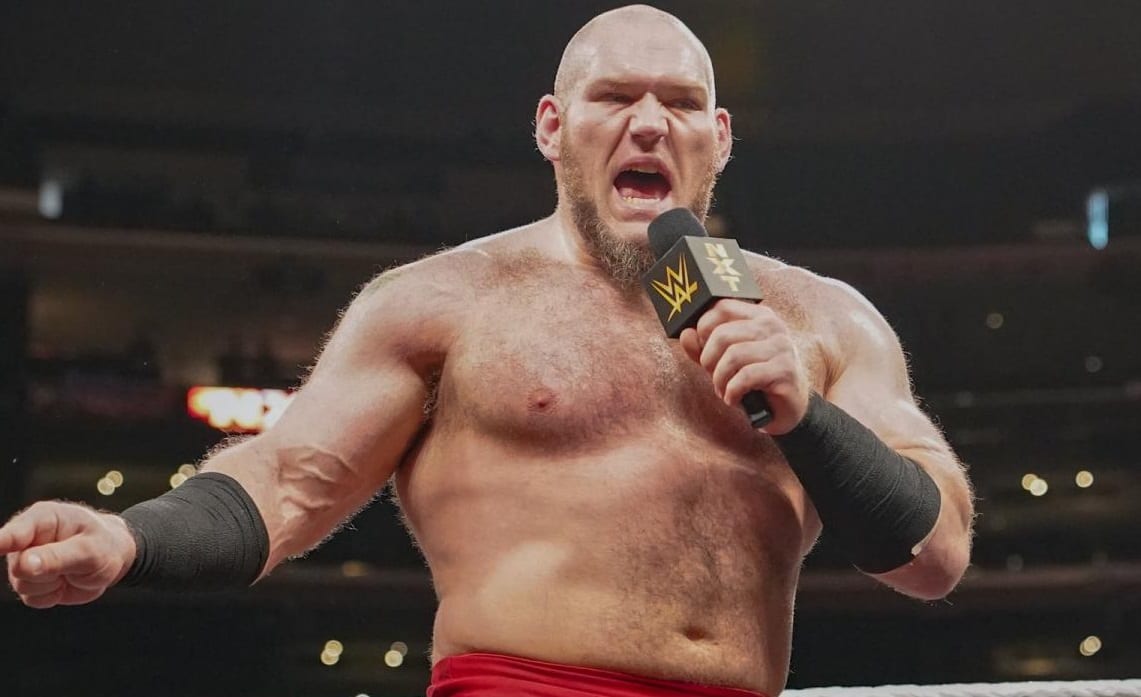 Lars Sullivan is set to be a monster in WWE and as we previously reported, WWE has some big plans for him. But at this point, there is a question as to where he will land.

Sullivan is set to receive the gimmick of a monster and as Mike Johnson noted he could be likened to Bam Bam Bigelow. First, WWE is going to play out a bidding war for his services.

WWE recently put up a picture of Sullivan all photoshopped up with red and blue splitting him in half asking about which brand he will dominate. It might look like a simple social media post, but it is actually planting a bigger idea that Lars is a big deal and where ever he ends up will have a huge

It will be interesting to see when Lars Sullivan arrives but if I were a betting man he will do a lot of damage to prove WWE’s point that he is a Freak when he does come around. He also might be a focal point of both shows as they bid for his services.

So it looks like no amount of bodybuilding message board ranting is going to keep Sullivan from being a big deal in WWE.