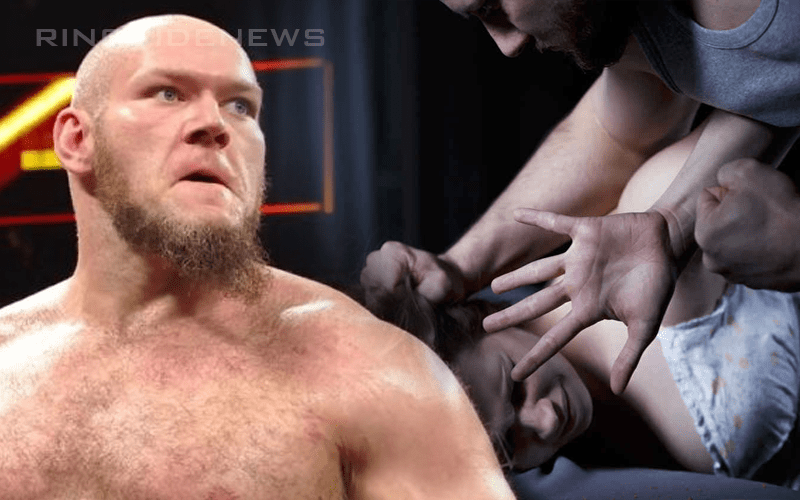 Lars Sullivan might not get much of a chance to speak his mind on WWE television, but maybe that’s a good thing. We have previously reported on some pretty atrocious things he said on a bodybuilding message board a few years ago, and while some time has passed since he made those statements, they don’t make them any less troubling.

It turns out that Sullivan said more during his message board days other than making a homophobic joke about NFL quarterback Philip Rivers, diss KFC and the people who eat there, and claim that he got with Ronda Rousey in 2005. Because this most recent statement that came to our attention was very troubling indeed.

In a message board post thread he created in 2011 called: “Is Legitimate Rape vs Illegitimate Rape A Real Thing?” Sullivan had the following to say:

“Not a troll thread, just a thought. And the thought is that there’s a grey area when it comes to sexual intercourse and rape. There’s 100% complete consensual sex when a woman will rip off her clothes and jump on you, then there’s levels that don’t quite reach 100% consent.”

“Most women like men to take control, at what point is it too much control? I’m not insinuating that the politician who spewed the nonsense about women controlling when they get pregnant by switching it off in their brain is right, he’s a complete moron. But the fact is there is a grey area when it comes to the definition of rape.”

Sullivan was referencing former Missouri Congressman Todd Akin’s comments where he said: “If it’s a legitimate rape, the female body has ways to try to shut that whole thing down.” Lars didn’t support that statement at all. But the point he was trying to make might not have helped much, what do you think?