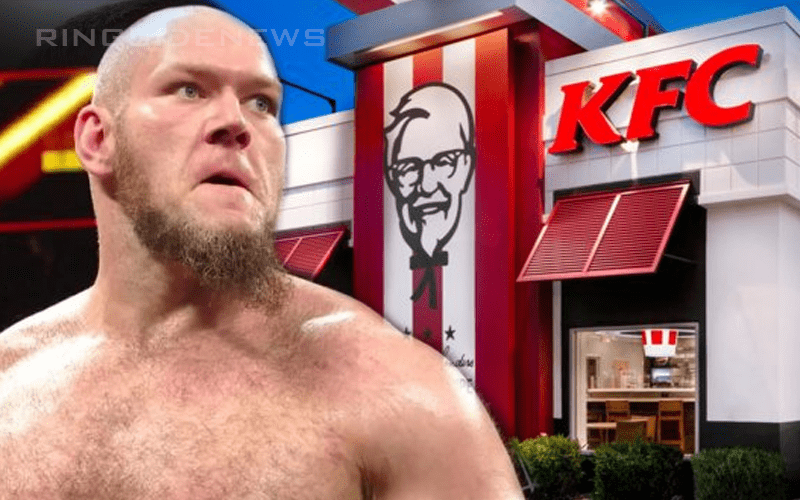 WWE has plenty of endorsement deals going on and at a time they had a pretty good thing going with KFC. Plenty of WWE Superstars dressed up as Colonel Sanders including Shawn Michaels and Kurt Angle and everyone enjoyed the cross-over.

We previously reported that Lars Sullivan used to have an account on a bodybuilding website’s message board. We say “used to” because he eventually got banned and we’re guessing we know why. Because he said some pretty crazy stuff on there. He was racist and even threw a homophobic jab at an NFL quarterback. But he also took aim at KFC and the patrons of their restaurant as well.

“KFC is for lower-class people. You’re making a wise choice by avoiding that piece of crap place,” Sullivan said as he provided some advice on the board he eventually got banned from.

Sullivan might be in line for a massive push when he gets to the WWE main roster, but he might not be the best corporate spokesman.