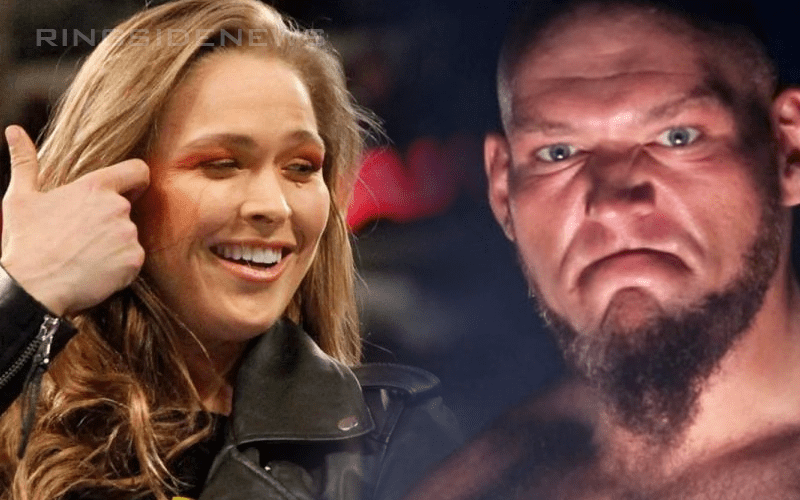 We previously reported that Lars Sullivan said some pretty irresponsible things on a bodybuilding message board that have recently resurfaced. His account as “Disenfranchised” was banned by the moderators for obvious reasons. But we have learned that he opened a new account shortly afterward under the name, “El Perfecto.” The location matches up, he speaks about being under WWE contract as well and other members on the board seemed to talk about how he is in WWE and shared pictures of him in the ring and it is Sullivan.

“I got with Ronda Rousey in 2005,” El Perfecto claimed on the board in April 2011. People questioned him about this and he did not follow up with a comment.

The 2005 timeframe would put Sullivan at 18 years old Rousey at 19. We can not confirm this is true, we’re merely relaying these bold claims from a future WWE Superstar.

Both Sullivan and Rousey were of age at the time in 2005 and capable of making their own decisions. So if she did decide to meet up with a younger Lars Sullivan then it’s not our place to judge. But odds are we’ll never know for sure because only two people would know the real story and apparently, we know Lar’s version. Now we’ll just wait and see what The Baddest Woman On The Planet’s reply is.