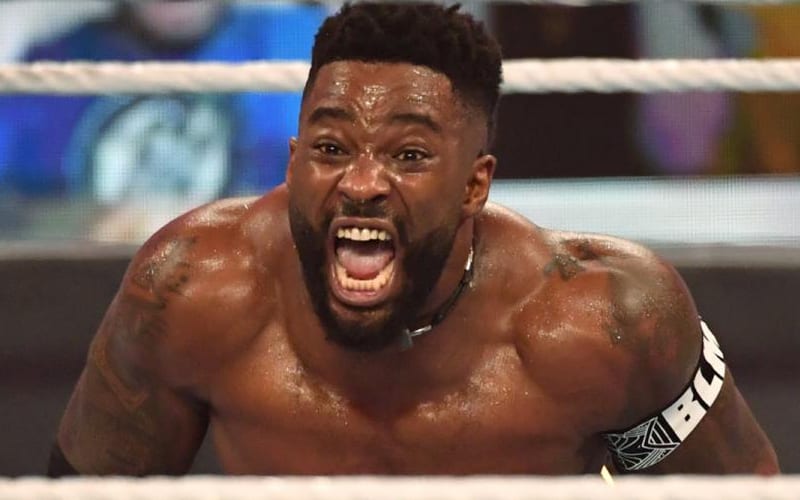 WWE broke up the Hurt Business as they were on the road to WrestleMania. This was a decision that brought a lot of criticism from fans and the locker room as well.

Cedric Alexander was destroyed by Bobby Lashley along with Shelton Benjamin. Now he could be looking at another long stint on Main Event. This is obviously something he didn’t want to go through again.

When WWE India asked fans if breaking up the Hurt Business was a good idea, Alexander replied with three very clear words to make his point.

MVP and Bobby Lashley both tried to convince Vince McMahon not to break up the faction. This was followed by McMahon digging his heels in harder and breaking them up anyway. It also caused a bit of of a morale issue backstage because of how McMahon handled it.

We’ll have to see what’s next for everyone involved, but Cedric Alexander isn’t thrilled about things right now.