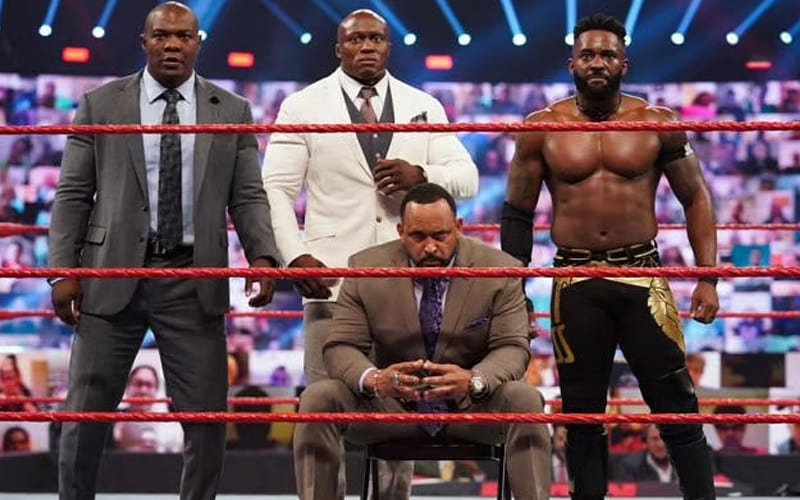 WWE decided to break up The Hurt Business and that sparked a ripple effect throughout the locker room.

We previously reported that Bobby Lashley and MVP tried to convince Vince McMahon not to break up the faction. McMahon just “dug his heels in harder.” Many people are reportedly influenced by this choice outside of the faction.

According to Fightful Select, the WWE locker room saw that move as a blow to their morale, especially when it came to McMahon’s insistence to break them up.

Based on several wrestlers that we spoke to, the decision, and McMahon’s insistence to continue down that road was a blow to morale.

We’ll have to see how this situation plays out. McMahon might have broken up the Hurt Business because he doesn’t want them getting cheered over Drew McIntyre at WrestleMania. He might have another plan, but fans still aren’t happy. This apparently didn’t sit too well in the locker room either.