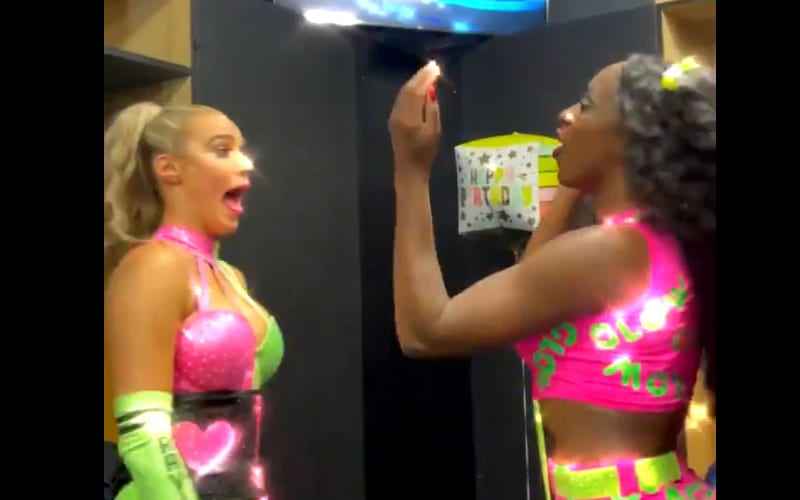 Natalya and Tamina had a lot to say on Talking Smack, especially about other teams in the WWE women’s division. Naomi and Lana were paying close attention to what Nattie was saying.

Naomi uploaded a video on social media that showed her and Lana in the dressing room reacting to what was said about them. They were not happy one bit. Lana seemed to have a better attitude about the situation, but Naomi was heated.

The Glow yelled “BIIITCH!” at the screen, but she bleeped it for the video. She also called out their opponents’ delusion in the caption.

But the way I’m about to beat the delusion out of you!!!! @NatbyNature @TaminaSnuka

WWE currently does not have a Women’s Tag Team Title match booked for WrestleMania, but there is a locker room full of women who would love to change that.

We’ll have to see what happens as WrestleMania draws closer. Lana and Naomi might have some shots to deliver to Natalya and Tamina when everything is said and done.