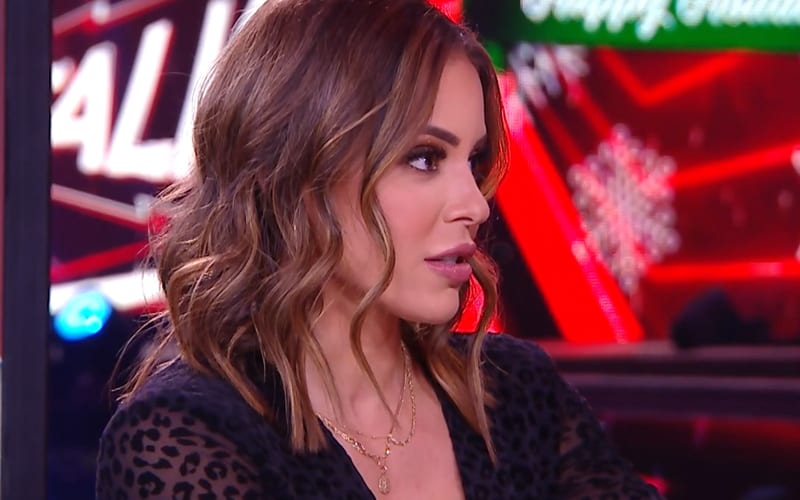 Charly Caruso was taken off of WWE television when she got heat with several people backstage. She is now moving on and holds no public ill-will.

ESPN inked a full-time deal with Charly Arnolt and she is very happy about that decision. She spoke to TV Insider and opened up about her WWE exit, acknowledging that “there is always going to be chatter.”

She is leaving WWE on “a positive note” as far as she’s concerned.

There is always going to be chatter. The contract was coming up. Instead of renewing, I’m moving on. Everyone is going to have their own opinions regardless. I never had any issues while I was at WWE. Nothing bad happened. As far as I’m concerned, I’m leaving on a positive note and beginning what I believe to be the next step in my career.

Fans will certainly see more of Charly Arnolt as she appears on ESPN on a regular basis. She has a lot of skills that WWE fans enjoyed for years, and now she can ask her own questions instead of reciting words that were handed to her. Charly’s WWE tenure gave her some great exposure, but now she is moving on.