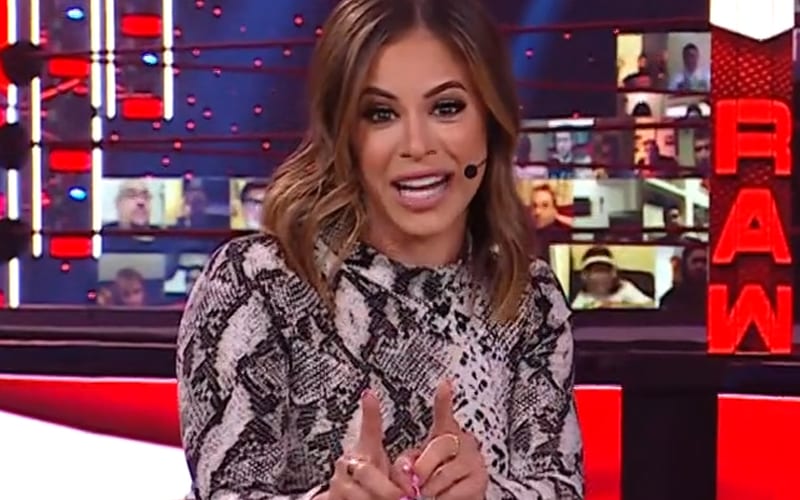 WWE removed Charly Caruso from television. She isn’t expected to be back with the company, but she’s obviously still getting paid.

Charly also works for ESPN while using her real name Charly Arnolt. That role with ESPN has not changed due to her heat in WWE. Ringside News exclusively reported that Charly’s issues backstage were more than just showing up late for interview segments.

She sent out a tweet that seemed to brag about getting two paychecks. That should clear up any idea that she is gone from WWE.

We’ll have to see how much longer Charly Arnolt remains under WWE contract. It’s unknown when her current deal expires. It is not expected that she will be used again, so it might only be a matter of time before Charly is only getting one paycheck.