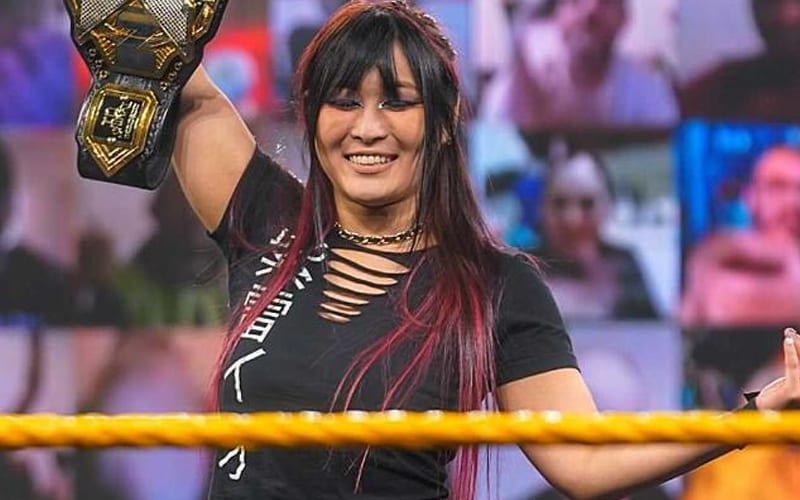 Io Shirai started her career in Japan and made a big name for herself before coming to WWE. This is why it meant so much for her to record a video and send it in for STARDOM’s Anniversary show.

The current NXT Women’s Champion posted two photos recently. This was in the “How It Stared… How It’s Going” trend. The post was for a very special reason as she was celebrating 15 years in the pro wrestling business.

How it started How it’s going

March 4th was my professional wrestling debut day yesterday. Thank you to everyone who gave us a congratulatory tweet etc.

The 15th year starts from today

Io Shirai has been through a lot in her career already, and she has a to of accomplishments. She will not continue and see what’s next for her in NXT and beyond. Congratulations to Io Shirai for this big milestone from everyone here at Ringside News.