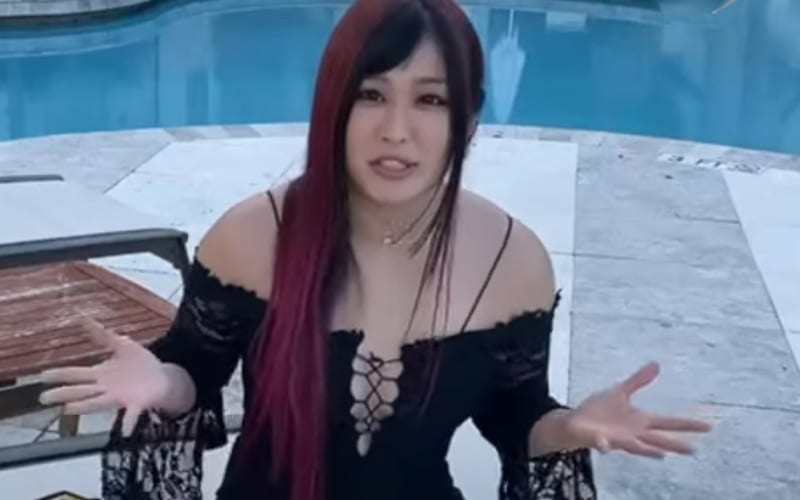 WWE denied Kairi Sane permission to appear at the Stardom 10th Anniversary show on March 3rd. Io Shirai had no issue sending in a video.

The NXT Women’s Champion recorded a video for her former promotion and sent it in. It now appears on Stardom’s YouTube channel. Io Shirai wrestled for Stardom from 2011 to 2018 where she was a two-time World of Stardom Champion.

Io Shirai won’t physically be at the March 3rd show, but it is interesting that she was able to send in this video. She is also a former 6-time Artist of Stardom Champion, so she was a big star for them.

Kairi Sane’s situation is a bit different. WWE denied her permission to wrestle a match or get in a battle royal situation. Perhaps she should have just asked to send in a video message instead.