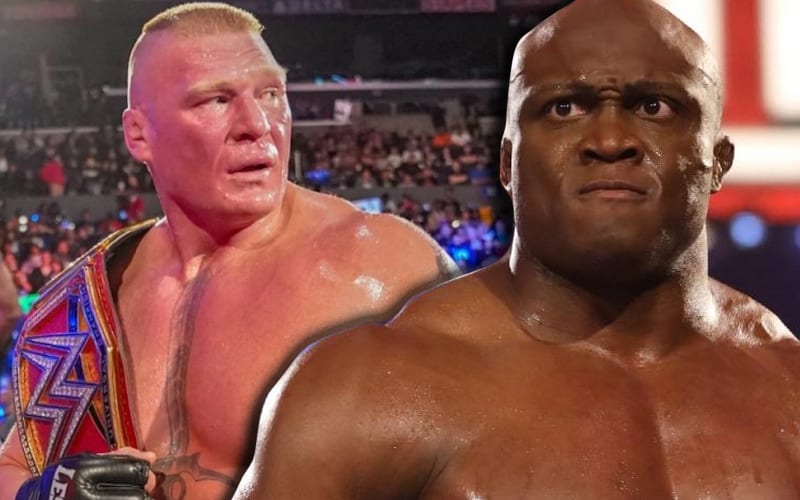 Bobby Lashley won the WWE Title from The Miz and Brock Lesnar’s name started trending on social media. Fans cried out for WWE to finally book Lashley vs Lesnar, but the Beast Incarnate has not re-appeared just yet.

While speaking to Complex, Bobby Lashley brought up Brock Lesnar. He wants to know where the former WWE Champion is. At this point, Lashley is ready to face him, but Lesnar hasn’t been seen since last year’s WrestleMania event.

“A lot of people also throw some other names in the hat. One person that we haven’t seen for a long time is Brock, we don’t know where he is. Sup with him? Everybody thought about that fantasy match up with me and Brock for so many years. Well, I got the WWE Championship. He’s going to come back, [and] he’ll usually come back for a title. Anything can happen from now until then.”

We’ll have to see what’s in the cards for Bobby Lashley. It seems that Drew McIntyre is in line for another WWE Championship opportunity at WrestleMania. This could see the Scottish Warrior finally pull down the big title with screaming fans all around him, in a socially distanced setting. Either way, Bobby Lashley will still be ready for Brock Lesnar whenever he wants to return.