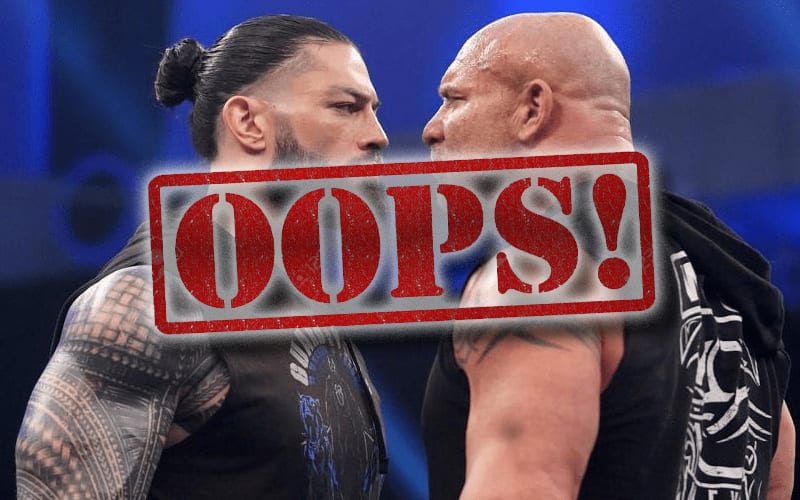 Roman Reigns was supposed to face Goldberg at WrestleMania last year, but that didn’t happen. Reigns went home for a while and Braun Strowman was flown in to wrestle Goldberg.

For some reason, WWE displayed text on the bottom of the screen this week during SmackDown that promoted the cancelled WrestleMania WWE Universal Title match.

We have no idea why WWE would display that text. Roman Reigns is not set to take on Goldberg at the show of shows. The match is currently Edge vs Roman Reigns for the Universal Title. This is quite an interesting mistake on WWE’s production. They rarely make mistakes and it’s even more intriguing that they had that text ready to go.