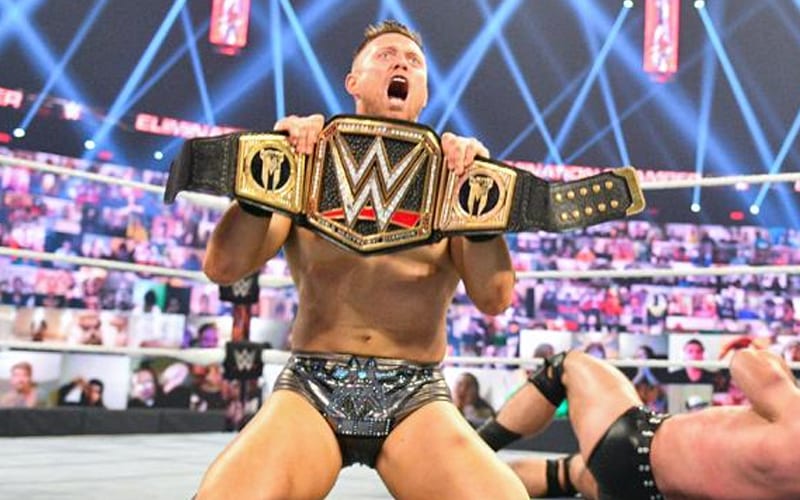 The Miz won the WWE Title at the Elimination Chamber pay-per-view, and he honestly didn’t believe he would get that belt again. The backstage reaction justified all of the hard work he put into getting back on top in WWE.

While speaking to Renee Paquette on Oral Sessions, The Miz revealed the backstage reaction after he won the WWE Title from Drew McIntyre.

“Another cool thing was, at the Elimination Chamber, when I went backstage, I talked to the people in the chamber. They were all very receptive and proud, and being like, you deserve it.”

The Miz said that the first thing he wanted to do when he won the WWE Title was go home and see his family. This was a big win for him, and he wanted to share it with those he cared about.

It was quite a night for The Miz, especially considering how nobody in WWE creative even talked to him when he showed up that day for the Elimination Chamber event.