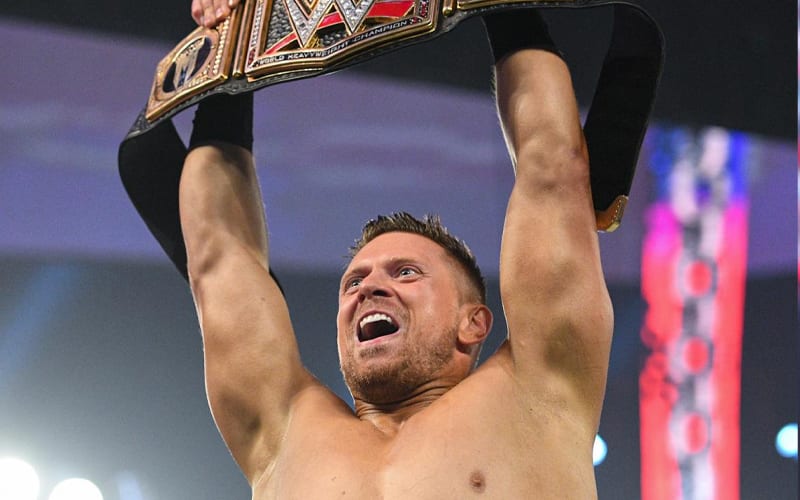 The Miz won the WWE Title at Elimination Chamber by cashing in his Money In The Bank contract. This was a shocking conclusion to an already unpredictable pay-per-view.

While speaking to Oral Sessions, The Miz revealed that the only thing he wanted to do upon winning the WWE Title was take it home to his family. He also disclosed that he didn’t think that title would ever come to him again.

“You just won the WWE Championship — what are you gonna do?! Everyone’s like, ‘I’m gonna go party or I’m gonna go celebrate.’ All I wanted to do was take it home to show my girls and just be with them that’s all I wanted. I just wanted them to play with the title and be around the title; because to be honest I did not think that I would ever have the title again.”

“I’m not one of those Superstars who are always in the mix, like I’m in the mix, but you don’t believe that I’m ever going to win the WWE Championship.”

The Miz surprised everyone when he became the WWE Champion in 2021. He also landed on a prestigious top 5 list of champions who had long lapses in time between their reigns. We’ll have to see how long it lasts, but the A-Lister couldn’t wait to take that title home to his daughters and Maryse.