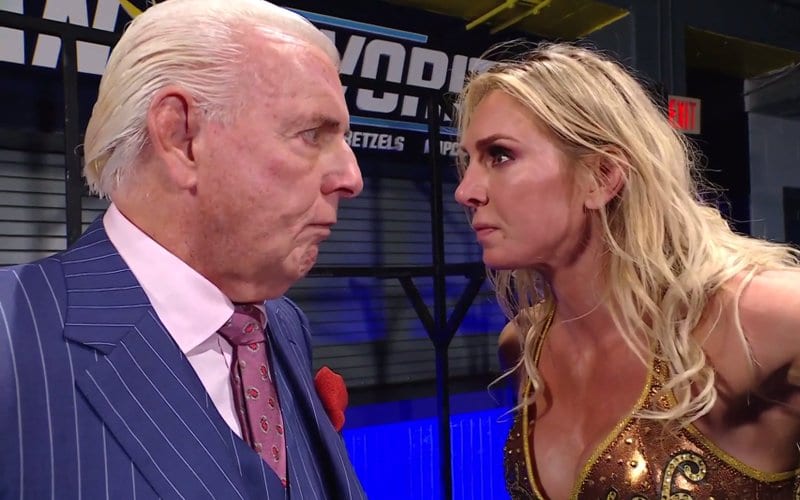 Lacey Evans announced last week that she is pregnant. This caused the company to change up Elimination Chamber, and their plans from this point on seem to have been switched around as well.

It was in WWE’s original plan to keep Lacey Evans on television for a while. She did not appear during Raw this week, but her situation was mentioned.

During a backstage segment, Charlotte Flair chastised Ric Flair for dancing when Lacey Evans made her big pregnancy reveal last week. Then The Nature Boy made it clear that he never said he was the father of Evans’ baby.

The Queen then told her father to go home. She said that she works every week to keep the Flair name solid. She doesn’t want to just be Ric Flair’s daughter.

Ric Flair tried to convince Charlotte Flair that all he wants to do is make sure that the Women’s Division is the spotlight. He said he wanted his name to be synonymous with the Raw Women’s Title.

Charlotte Flair then told her father to go home once again, and that is where the segment ended. We’ll have to see if Ric Flair finds his way back to WWE Raw any time soon.