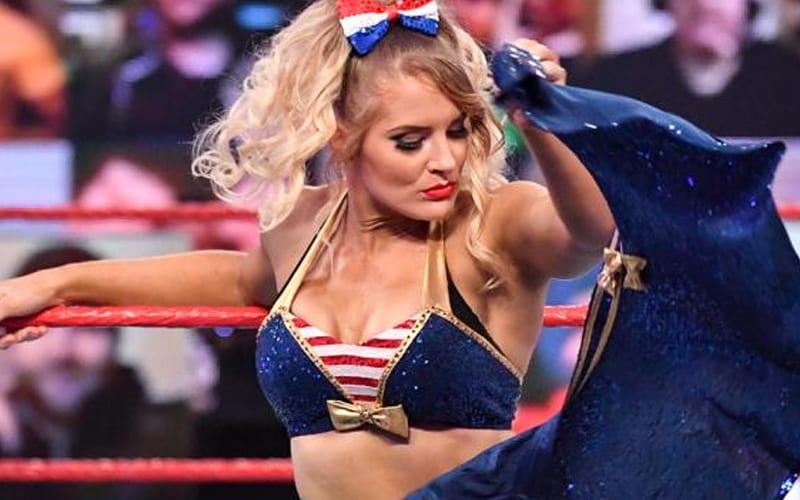 Lacey Evans announced during WWE Raw this week that she is with child. Ric Flair is the father in the storyline, but Evans is really pregnant with her second child. The Nature Boy isn’t really the father.

Ringside News has learned that WWE plans to keep Lacey Evans on television for a couple of months. Things can always change, especially when a pregagncy is a part of the situation. That is the current plan.

We were also told by someone directly involved in this situation that the plan is to carry on Evans’ storyline with Charlotte Flair. Obviously, this feud can’t have a blow-off match. Lacey Evans is staying on television, but we were told, “I do not think they have anything in mind.”

It was previously reported that a big angle was slated for Raw this week that would change Elimination Chamber. As of this writing, WWE has not re-booked the Raw Women’s Title match where Evans was set to take on Asuka.

Keep checking back with Ringside News for more updates about this on-going story.