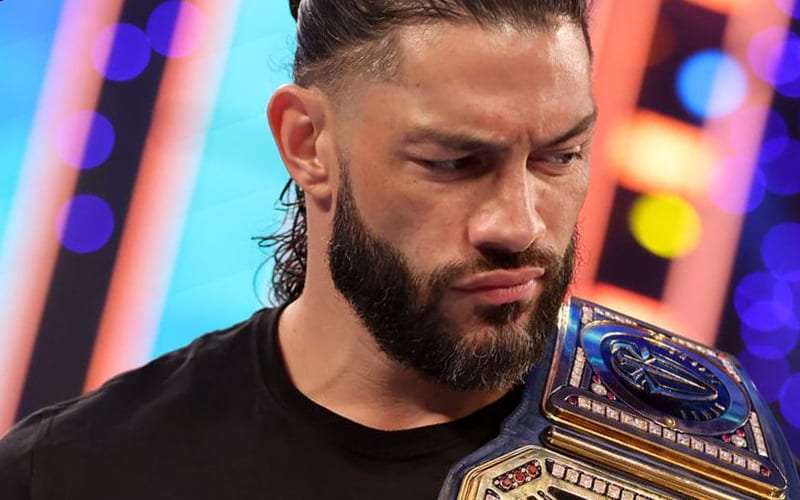 We previously reported that the plan was to hold a Universal Title match in the Chamber, but they switched that around. WWE is mixing up the Chamber match rewards this year.

Ringside News has previously reported about Roman Reigns’ backstage pull in the company. He is incredibly influential when it comes to his creative direction.

When we asked why Reigns isn’t in the Elimination Chamber match we were told, “They weren’t getting him in that chamber. No chance.”

The Elimination Chamber match is a brutal environment. They have taken away the metal grates and replaced them with padding, but the match is still incredibly hard on those Superstars. We were told, “Everyone gets hurt in a match that people only watch to see injuries.” Roman Reigns very well might have wanted to avoid that situation.

Daniel Bryan even joked with Paul Heyman about him getting Roman Reigns a “Brock Lesnar contract.” His deal isn’t that part-time, but he does have incredibly powerful pull backstage.