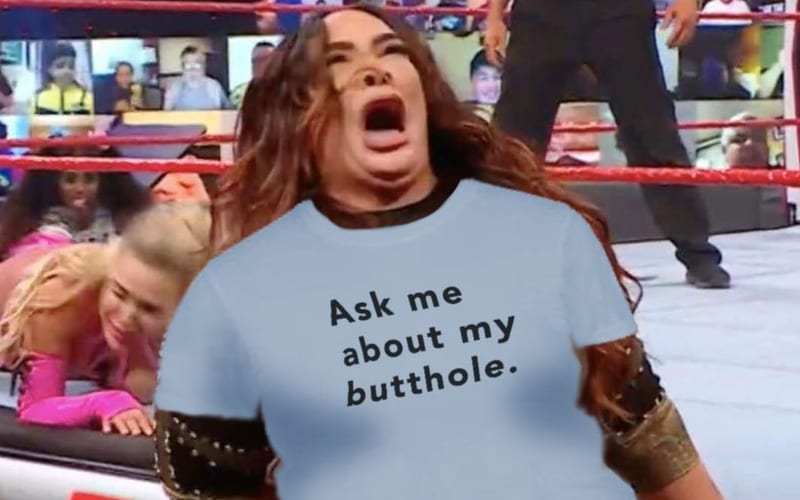 Nia Jax’s bump on Raw brought a lot of attention to a certain part of her body, her “hole” to be specific. WWE actually edited that comment out of the YouTube broadcast of the show, and replays on other streaming services. Plenty of people heard her exclaim: “MY HOLE” on live television.

Tushy, the bidet company, offered Nia Jax an ambassador deal. This would have also come complete with free merchandise, including t-shirts. Tushy thought that Nia Jax needed to see how good she would look in their merchandise, so they did a little photoshop work.

The Tushy Twitter account tweeted out a photo of Nia Jax from Raw complete with a blue shirt on that said: “Ask Me About My Butthole.” Nia Jax saw this tweet, and she wasn’t amused.

Jax replied saying: “Rude.” Obviously, she loves attention as a WWE Superstar, but this kind isn’t what she really signed up for.

We’ll wait patiently to see if WWE capitalizes on this new cross-branding opportunity. The company’s ban on third party deals might put a halt to it before they can even get started.

In case you’re wondering… yes, they do sell “Ask Me About My Butthole” t-shirts on the Tushy website.