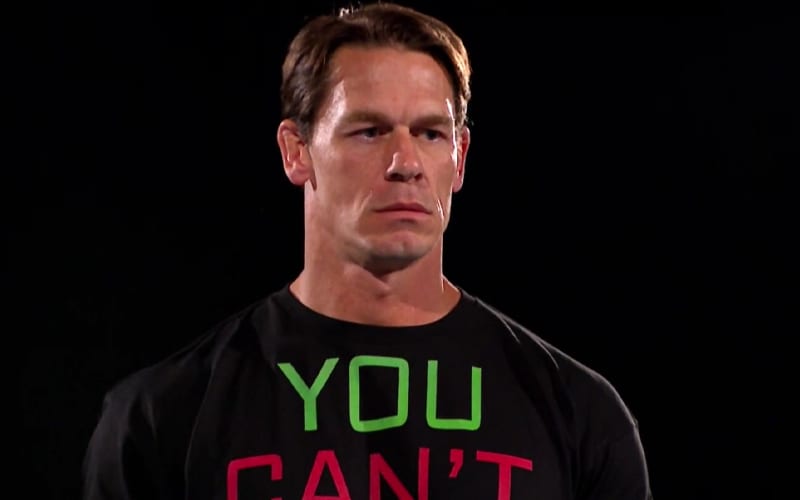 John Cena seemed to be a lock for WrestleMania. The word backstage was that he would be included in the event. Then his current project outside of WWE took priority.

While speaking to Forbes, John Cena addressed Corey Graves’ speculation that he will be at WrestleMania. Cena said that the situation is out of his hands. He is outside of the United States, unable to leave Canada and come back without a lengthy quarantine. He is shooting The Peacemaker series for HBO Max, a huge undertaking where he is the star. They can’t halt production for that long because Cena has a wrestling match in Tampa.

Cena would 100% be a part of WrestleMania in any other circumstance. He said it would be very selfish for him to work Mania in this situation.

“Unfortunately, it’s out of my hands. Every other year except for this year has been completely within my realm,” Cena admitted. “If this were normal times, I would 100% be there. I’d find a way to contribute somehow. I’ve sat in the crowd as a fan. I’ll do whatever the event asks me to because it means that much to me, and WWE means that much to me, but I’m in Vancouver shooting Peacemaker for HBO Max.”

“It’s a spinoff series based on my character from Suicide Squad, Peacemaker. It’s an unbelievable opportunity, James Gunn has written the whole thing, he’s directing a bunch of the episodes. This is something that I’m inspired to do. Because of the quarantine law, if I were to fly to the states for Sunday on WrestleMania—which is totally possible—the complications arrive when I come back to Canada. Because then I would have to quarantine for 14 days and that puts production back more than two weeks, which costs a boatload of money, and that would be super, super, super selfish of me.”

We’ll have to see if John Cena cuts a video promo for WrestleMania. He can always send a tape in. It still wouldn’t make up for his absence, especially when WWE has two nights worth of action they need to book on April 10th and 11th.