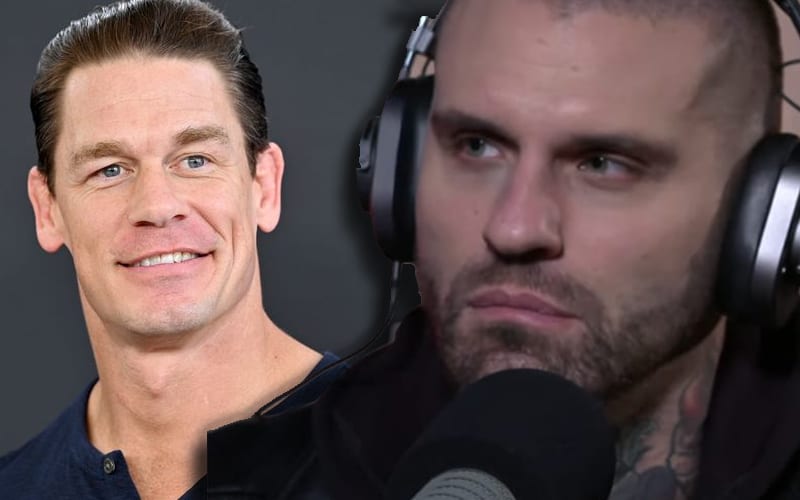 John Cena said that there is no way he can make WrestleMania. He is filming the Peacemaker series for HBO Max in Montreal, and Canada’s strict reentry and mandatory quarantine time will make it impossible to participate in the show of shows. Corey Graves doesn’t believe him.

During WWE After the Bell podcast, Corey Graves talked about John Cena for a bit. He doesn’t believe the 16x champ when he said that this year will be a WrestleMania where fans really can’t see him.

“I don’t buy it. Because it should be John Cena at WrestleMania in some capacity. There’s a lot of truth to what he’s saying, it makes sense, I understand it. But there’s also a guy as recent as the Royal Rumble last year told everybody he’s not coming back under any circumstance. Yeah, Edge, the guy who just won the Royal Rumble did the same thing.”

We’ll have to wait and see if John Cena swerves fans. It would certainly get a huge WrestleMania pop from a crowd of returning live fans. WrestleMania 37 will be a two-night event on April 10th and 11th. Only time will tell if John Cena will be able to make either night.