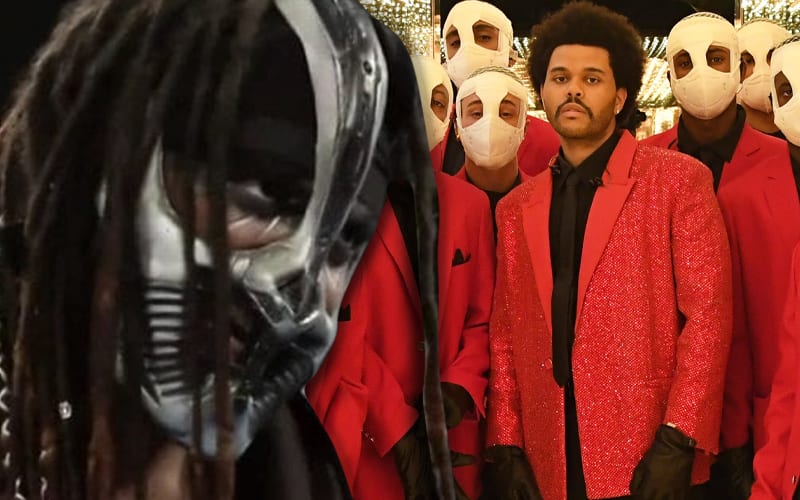 The Super Bowl Halftime show had a lot going on. There was a spinning camera in a maze that made some people dizzy. Then The Weeknd came out and performed with a host of masked dancers around him. Mace of Retribution was paying attention.

The Retribution member, who is also a former NFL player, tweeted out that The Weeknd jacked Retribution’s gimmick. He also stole Mustafa Ali’s glowing glove deal as well.

Retribution is paying close attention to the Super Bowl this year. T-Bar also tweeted out that he would destroy Gronk if he’s still a WWE Superstar.

There are also a few familar faces at the Super Bowl this year. Chris Jericho is at his first Big Game. Cody and Brandi Rhodes made the Super Bowl game in Tampa as well.