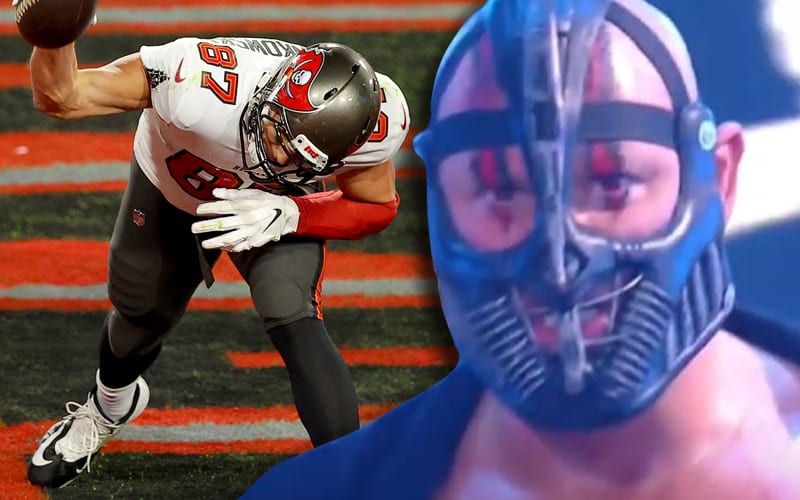 T-Bar is paying close attention to the Super Bowl. He also has a question about Rob Gronkowski’s current WWE status.

The Retribution member said that if Gronk is still a WWE Superstar, then he will destroy him. If that’s not the case, then T-Bar had to give Gronkowski props on a great first half of the Super Bowl.

Is @RobGronkowski still a @WWE Superstar?

If so, WE WILL DESTROY YOU.

If not, great half bro.

Gronk had to retire from WWE when his retirement from the NFL ended. He’s back on the gridiron and didn’t spend much time in the squared circle. He did get a WWE 24/7 Title reign out of the deal.