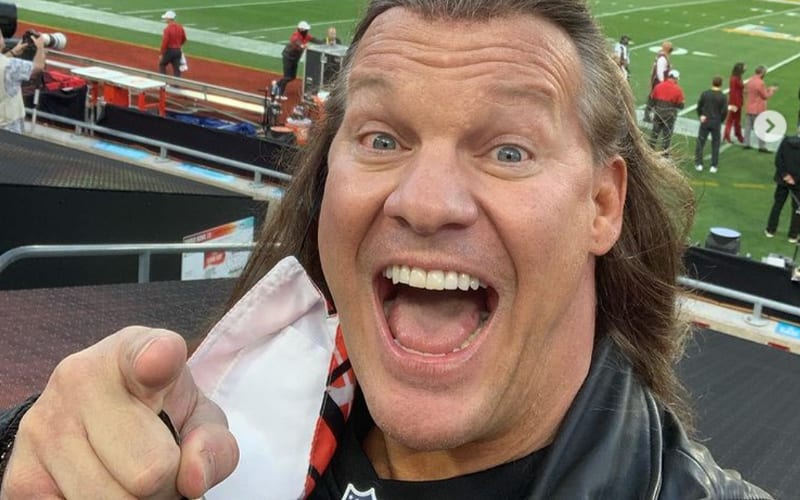 Chris Jericho is Le Champion of AEW, but he is also about to watch new NFL Champions crowned at the Big Game. The Million Viewer Man is at the Super Bowl, and it’s his first one ever.

“Stoked for my first #SuperBowl!!! Go @buccaneers !!” Jericho sent out in an excited Instagram post. He was all smiles at the big game. Jericho had a mask on, but it was taken down for the photo.

The Super Bowl is usually a great time. It is a bit different this time around, because of all the cutouts. They look good on camera and might just convince WWE to try out that idea for WrestleMania.

Cody Rhodes and Brandi Rhodes are also at the Big Game. They’ve been to the Super Bowl before though. You can check out Jericho’s posts below. He’s having a great time.