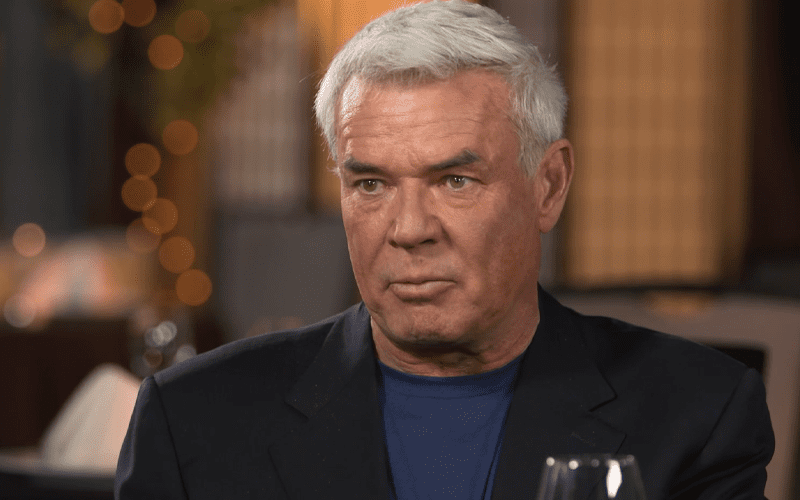 Eric Bischoff wasn’t the executive director of SmackDown for very long before he was taken out of the role. He can now speak about the experience with a lot more distance between his firing.

While speaking to Lucha Libre Online, Eric Bischoff was quite candid about his WWE exit. He stated that it wasn’t a creative environment that he could work in. He also didn’t disagree that he should have been let go.

Bischoff still has friends in WWE, and he called Bruce Prichard one of his best friends. Prichard took over the executive director roles on both brands after Bischoff’s release. His time in WWE just didn’t work out because the two sides couldn’t make things work.

“It was Vince’s decision, but again, it was one that I agreed with. It became apparent to me early on that the chemistry, the creative chemistry in WWE was not, in my opinion, it wasn’t a healthy creative environment for me. It worked very well for WWE, I guess. But for me creative is as much about the energy, how well people get along, how well people can collaborate and because WWE is such a fast moving train, it was really hard to get on board and to get up to speed with their pace in the way they did things.”

“I’ve been married for 38 years, so I’ve never experienced online dating. I can only imagine. My experience with WWE was a little bit like if you find a beautiful woman that you meet in an online dating app. You get along and you sending each other texts and you’re very excited. When you finally meet for your first dinner date and you realize before the appetizers even come that the chemistry just isn’t really that good. She’s a beautiful one you, got along great on the dating app, but when you’re finally face-to-face… Meh! And it was kind of like what it was like for me and WWE. I was excited about it for a lot of reasons and a lot of good reasons. I think Vince was excited about it for a lot of reasons. But once we started working together, we both realized that it really wasn’t working. And Vince ultimately was the one that made the call”.

Eric Bischoff moved on to other projects. He is very involved in the Hulk Hogan biopic that Netflix is doing with Chris Hemsworth. Odds are we’ll see Eric Bischoff on WWE television again, because it’s always possible. Since his WWE exit, Easy E has appeared on AEW programming multiple times.