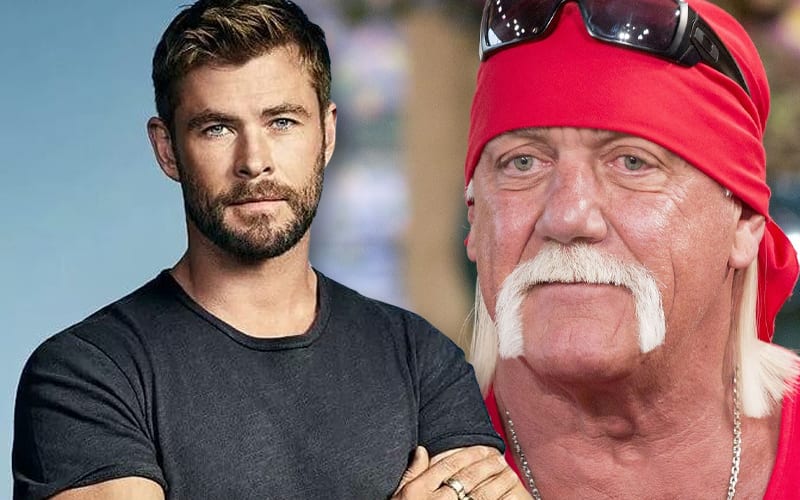 Hulk Hogan’s life story is set to be the focus of an upcoming Netflix biopic starring Chris Hemsworth. The Thor star bulked up a lot to get in shape to play The Hulkster, and Hogan has even commented on Hemsworth’s bulk. Have they had any other communication?

Eric Bischoff recently revealed the status of this biopic. Bischoff is an executive producer on the project. It is currently in development, but Chris Hemsworth is a lock to play the leader of Hulkamania.

While speaking to ESPN, Hulk Hogan revealed whether he’s spoken to the man who is set to play him. He has spoken to Chris Hemsworth on the phone when he decided to do the move. Hemsworth also wants to be around Hogan as much as possible so he can get his mannerisms just right.

“We haven’t gotten to that point yet. We did talk on the phone when he decided to do the movie, and he said he wanted to be around me as much as he can to study me and see what makes me tick. And I was like, ‘Brother, you’re going to be surprised.’ [Laughs] He’s a lot taller than I thought he was, around 6-foot-3 or 6-foot-4. He’s in crazy shape. I keep on telling him that the only problem is that he’s not really good-looking enough to play me in a movie.”

If COVID-19 wasn’t a factor then Chris Hemsworth and Hulk Hogan might have been able to spend some real face time with each other. The project is still underway, but the process obviously has to account for the current situations we’re all dealing with.

Hopefully, Chris Hemsworth will get that time with Hulk Hogan that he wants. That could mean the difference in the quality of his performance.