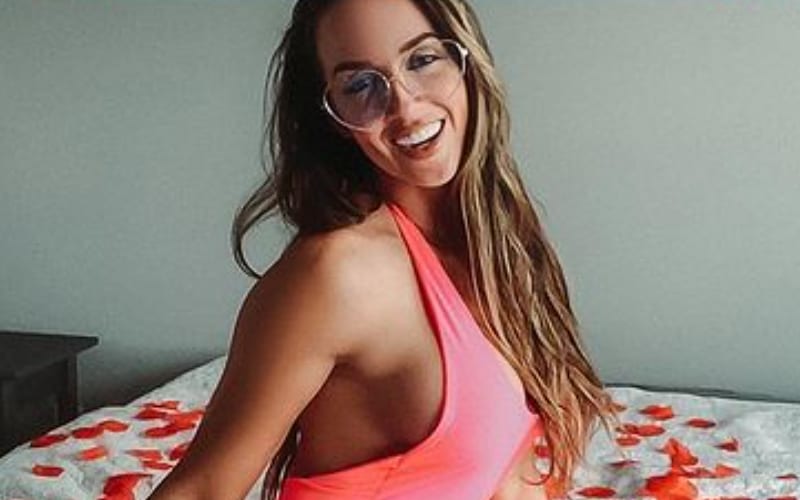 Chelsea Green helped fans celebrate the big game in her own way. The former Hot Mess from TNA dropped a few swimsuit photos.

We’ll have to see when Chelsea Green comes back to action. She was reportedly getting cleared for an in-ring return after her wrist injury a few months ago.

Chelsea Green is likely to continue doing her thing on social media by gathering a ton of engagement with photos like these in the meantime. That practice isn’t’ like to stop when she makes her return to television either.