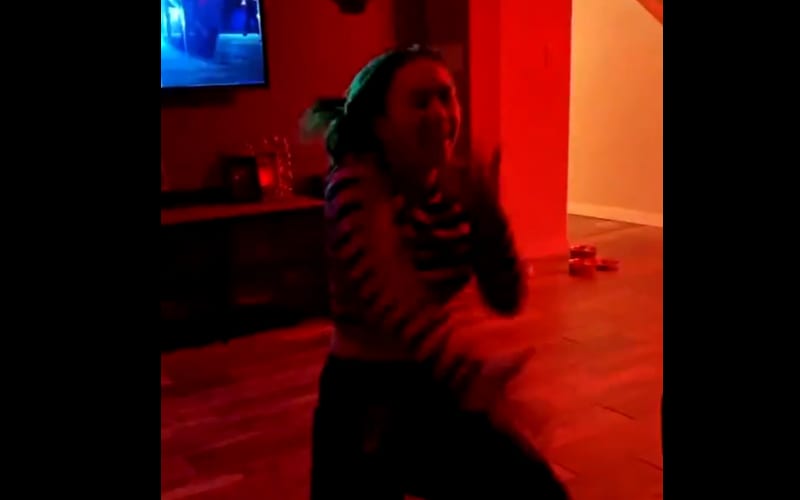 The Weeknd got a lot of attention for his Super Bowl Halftime Show. Mace called him out for jacking Retribution’s gimmick, but Shotzi Blackheart was all about it.

Blackheart really cut loose when the Weeknd appeared during the Super Bowl Halftime show. She danced around the living room, and she did some rolling, too. The music certainly spoke to her in some kind of way.