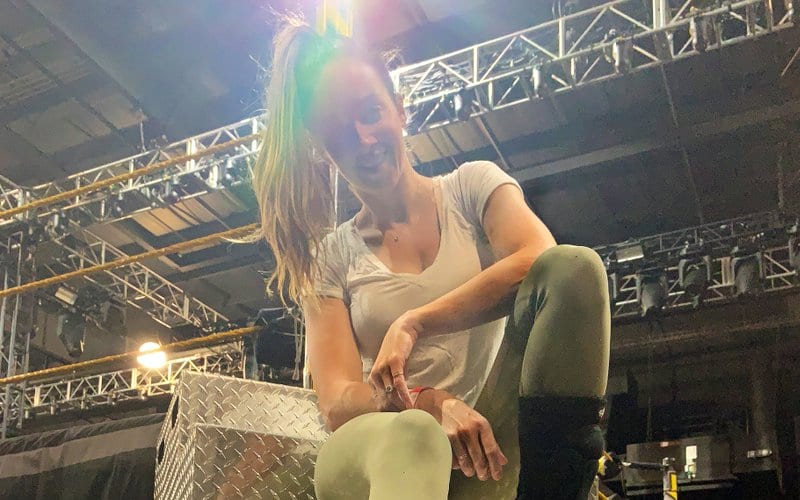 Chelsea Green had a terrible time during her SmackDown debut. She was injured, but months of recovery have paid off after her surgery.

It was previously reported that Chelsea Green is on her way back to the ring soon. She didn’t show up during the Royal Rumble, but you never know what can happen on the road to WrestleMania.

She’s calling herself “The Comeback Kid.” This will certainly be a long-awaited chance for her to really get a chance to shine on the main roster. Green posted a photo of herself while sitting on the ring steps outside of a yellow-roped squared circle.

It was previously reported that Chelsea Green has been working out at Robert Stone’s gym with Deonna Purrazzo, Britt Baker, Rebel, and others. That seems like quite a mixture between pro wrestling companies. It has also helped Green get that ring rust off.

We’ll have to see when Chelsea Green returns, but she seems set to make an impact in WWE when that day happens.