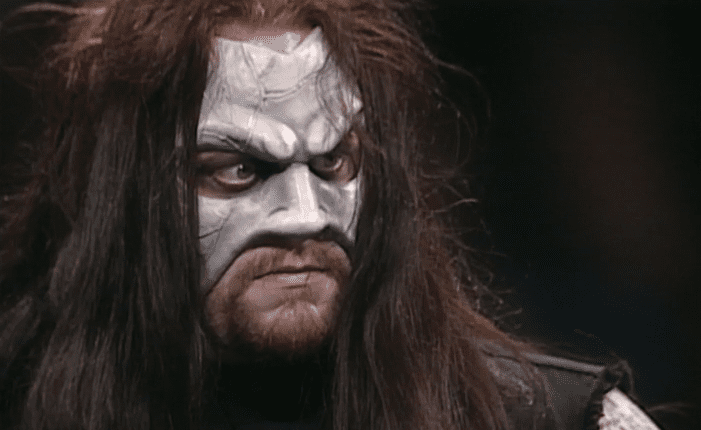 The Undertaker might be only a phone call away for Vince McMahon if he needs to bring the Deadman back. His contract officially says legend now, so it’s likely the Phenom’s bumping days are over. There was a time when that was far from the case.

While speaking to the Joe Rogan Experience, The Undertaker went into how he had to “stay f*cked up” to deal with WWE’s terrible travel schedule. He also went into some of the steroid use that took place back in the day.

This led to a discussion about how much trust wrestlers must have with each other in the ring. The Undertaker then opened up about how he suffered two orbital fractures at different occasions. He didn’t call out his opponent by name, but he was talking about Mabel.

“I mean I’ve lost both eye sockets, but one was because the guy was completely out of shape. There’s a lot of similarities, one’s a sporting event and one’s sports entertainment, talking about MMA, but there’s conditioning I think is the key to everything. He was 6-foot-8, 500 pounds and I ran straight into what was supposed to be a clothesline, but he was so gassed and behind on his spot that instead of catching the meat of his forearm I ran dead into his fist with his momentum coming off of the ropes. Just blew my eye socket completely apart. Dumbass me, I didn’t know it for three days..”

The Undertaker explained that he didn’t know that he had a shattered orbital socket. He wrestled for three days, and he said “as stupid as it sounds it was normal back then. If you could walk, you went to the ring.”

He then explained that he was set to meet up with The Godfather at a bar after a show. He couldn’t find the bar, so he gave up and wanted to go back. The Undertaker happened to pass a hospital, and he decided that he would get his eye checked out. It was around midnight and they did a cat scan before discovering The Undertaker’s injury. This is why he had to wear a mask in 1996, a look that has since become iconic.