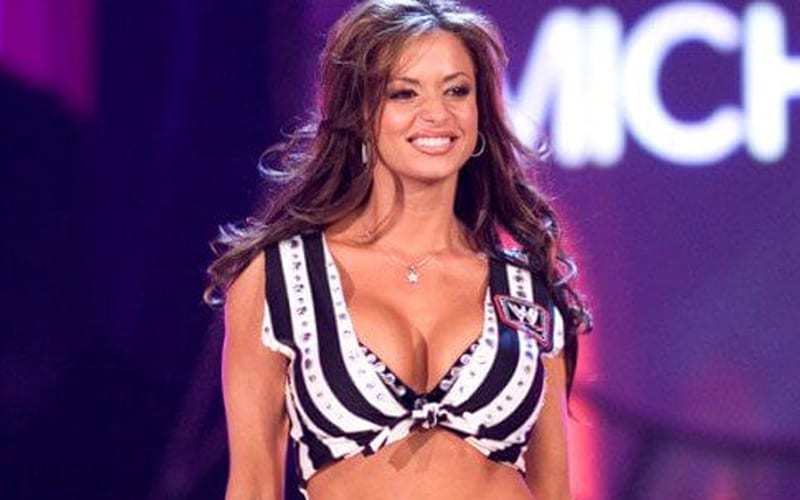 Candice Michelle enjoyed special treatment when she was a WWE Superstar. She came in from a different world than most WWE recruits, and she got to enjoy those benefits.

While speaking to Wrestling Inc, Candice Michelle explained how she was able to do things like the Go Daddy commercial campaign. Those Super Bowl commercials drew a lot of attention as they generated controversy for their overly sexual tones during the NFL’s biggest game of the year.

Michelle explained that she had a different deal from other Superstars. She was allowed to keep her website and other projects. Go Daddy was one of those things she could do apart from WWE.

“So I had a clause in my contract which allowed me to do that. Because I was coming from Hollywood, I just had a different type of contract from the average wrestler who comes from the indie scene or comes from the wrestling school,” Michelle revealed. “My website was off-limits and certain things on there were off limits that they weren’t allowed to take away from me or have control over, and GoDaddy just happened to be one of those.”

Candice Michelle was not used for Legends Night, but WWE falsely promoted her anyway. This was an interesting choice, because Michelle seemed ready to appear for WWE television.

If you need a refresher, you can check out one of Candice Michelle’s Go Daddy commercials below.