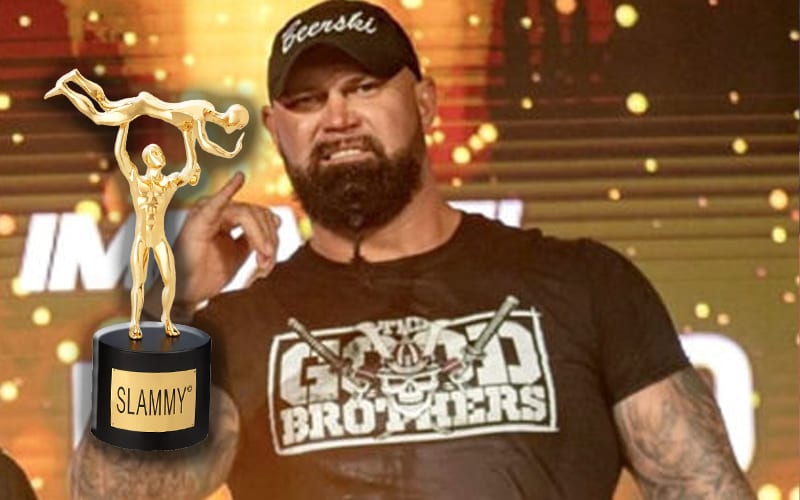 The Boneyard Match won the Slammy Award for Match of the Year. The Good Brothers were a part of that match, but they didn’t get an award mailed to them.

While talking to Sports Illustrated, Doc Gallows joked about the fact that he never got a Slammy Award. He has no sour grapes about his time in WWE, but he wouldn’t mind getting that statue in the mail if they’ll send it his way.

“We don’t have any sour grapes about WWE, except that they forgot to mail us our Slammy Award for Match of the Year. Maybe the mail is slow. I’m still waiting on that. But we’re focused on right now. We’re the Impact Wrestling tag-team champions, Hard to Kill is going to be a banger of a pay-per-view, we’re in the middle of ‘Wrestle Week’ on AXS TV, and I wouldn’t be surprised to see some more fallout from us and Kenny Omega on Dynamite.”

We’ll have to see if the Good Brothers end up getting that Slammy Award in the mail. Some people are still receiving packages that were held up after a long holiday season of congested mail carriers. Perhaps, their awards are still on the way.