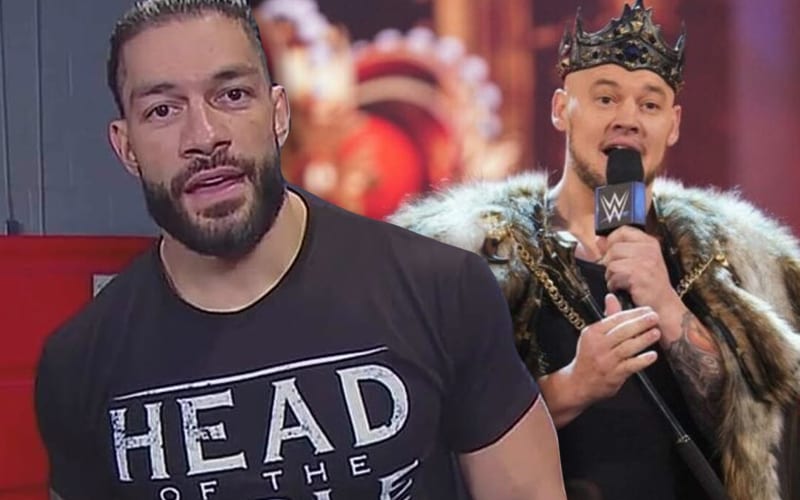 King Corbin likes to get outside whenever he can. He recently took a bike ride and it did not end the way he expected. Then a post in Instagram ended just as well.

The reigning King of the Ring posted a photo of himself on his back while on his bike. He apparently crashed into some bushes. He included a clever caption as he posted the image on Instagram

Would you believe me if I told you I landed in the bushes on purpose?

Roman Reigns commented saying: “On your back… just like at work.” Of course, this was a reference to King Corbin losing matches, which he does often as a heel. As of this writing, Corbin has yet to respond to the Tribal Chief’s quip.