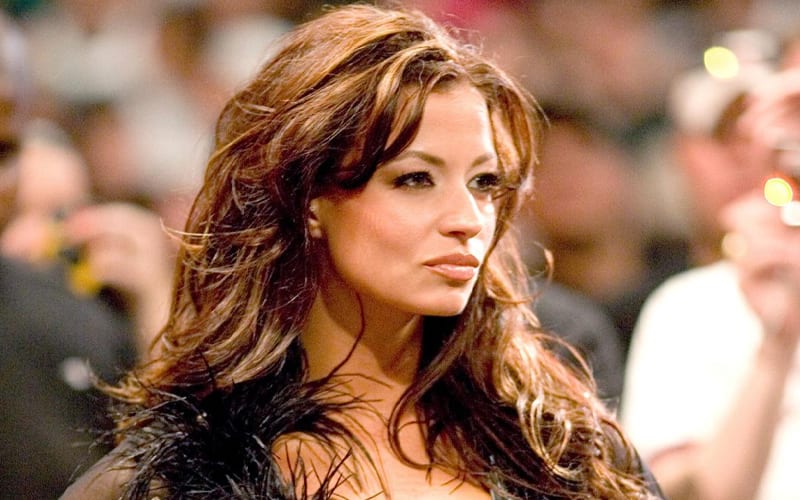 WWE promoted a lot of legends for Legends Night, but not all of them showed up. They promoted Carlito before he agreed to appear, and they Candice Michelle says they falsely promoted her as well.

“The truth is I just simply didn’t make the cut, but I always make the headline. It really did take me back to the Super Bowl. I get cut from the Super Bowl, but I still make the headline. I come into WWE, and I win the 24/7 Championship. And people are like, ‘Why does she get it? How does that work?’ But the reality is it’s all the work behind the scenes, and I wanted to come on here and have some big answer for you guys, but I was just never called.”

“It was falsely promoted. I was never asked to be there. I would have loved to be there. I love WWE anytime they call me, super honored to go there and be called a legend. And as we know, for whatever rhyme or reason, I just wasn’t meant for that show, but having you kind of feature me on your site is kind of better because I’d probably be on the stage doing nothing with 30 other people who are much more famous than I am, and now I get to come on here and actually just have a nice little moment with you guys and talk about how we all get cut in life.”

“It doesn’t happen to us. It doesn’t happen for us, but maybe it happens from us. Where do we need to go in this life? How do we take that and not feel like we’re not good enough? Or it’s not meant for us or somebody else was better than us.”

Candice Michelle would have loved to have been there, but WWE apparently didn’t even ask her.

This is an interesting situation, but they already had a ton of familiar faces from the past show up on Raw this week. Apparently, there wasn’t room for Candice Michelle, but that didn’t stop WWE from promoting her as if her appearance was already a lock.