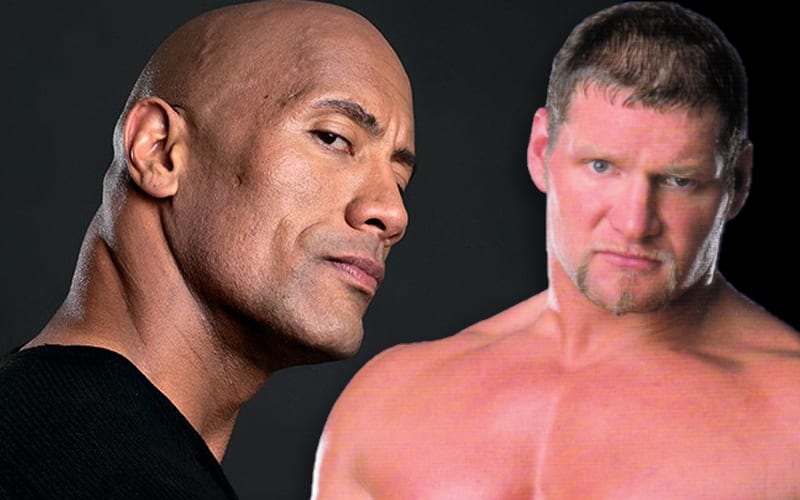 Val Venis is not keeping his political views to himself. He is on Twitter, and that timeline is getting a lot of attention from the former WWE IC Champion. He is also not happy about The Rock and Arnold Schwarzenegger at all.

We previously reported that The Big Valbowski tweeted out a scathing review of Arnold Schwarzenegger’s response to the Washington, DC riots. He had previously stated that Dwayne Johnson “sold his soul to the devil” when he endorsed Joe Biden. Val Venis was not done at all.

Since Parler is now offline (sorry Kane), Val Venis has Twitter to use, but he’s not happy about that platform either. He sent out a tweet on Twitter’s own site to call the social media giant “a leftist whore house of the communist ideology.” Then he proceeded to take shots at Arnold and The Rock.

Twitter is factually a leftist whore house of the COMMUNIST ideology. Its sickening to watch @TheRock and @Schwarzenegger sell their souls for continued power and wealth while leading MINDLESS IGNORANT SHEEP INTO A LIFE OF NATIONAL & GLOBAL SLAVERY! SHAME ON YOU DWAYNE!

The Rock and Arnold Schwarzenegger have yet to respond to Val Venis’ accusations. Odds are they have other things to take care of today.

Val Venis will likely continue ranting on social media because he has not slowed down at all in recent weeks. In fact, his rage seems to be building.

In recent memory, Val Venis spread a rumor about The Pope getting arrested as well. You can can check out his latest tweet below.