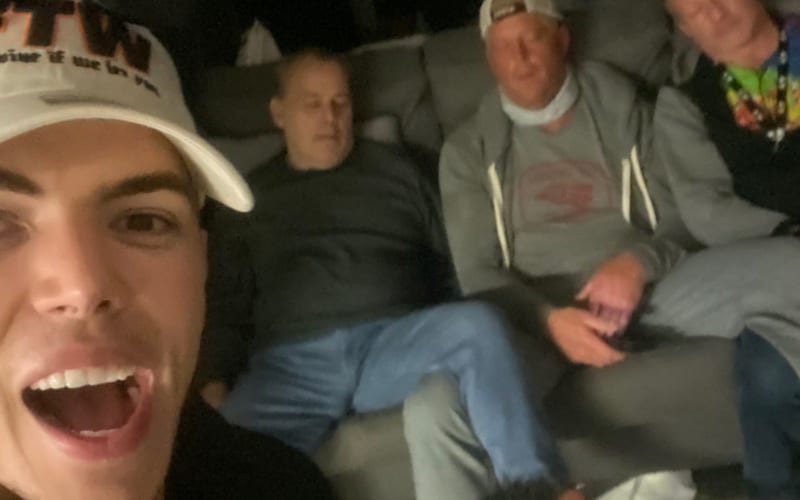 Sammy Guevara is arguably one of the most talented wrestlers in the AEW roster and is an integral member of the Inner Circle.

Guevara recently took to Twitter and uploaded a picture of himself that also featured Dustin Rhodes, Dean Malenko and Jerry Lynn. The three legends could be seen sleeping in the picture. Guevara used an amusing caption as he called them his uncles after the family barbeque.

My uncles after the family BBQ

Dustin Rhodes did not take too kindly to Guevara’s post, as The Natural called Guevara a punk and told him he will ‘keel’ Guevara.

Guevara gave a prompt reply to Rhodes, as the Spanish God said that he is ready to face Rhodes again at any time.

I’m ready for round 3 any time!

Dustin Rhodes and Sammy Guevara have one victory over each other in singles competition. We will have to see when the two will cross paths again.