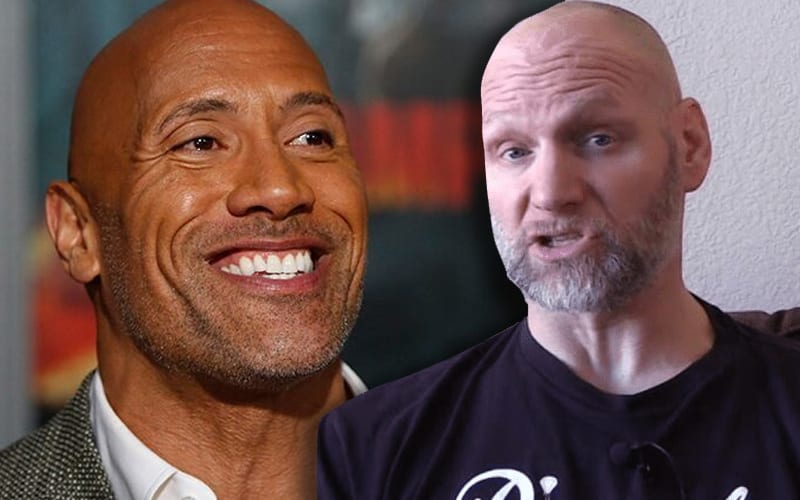 Val Venis saw the news that The Rock endorsed Joe Biden, but he was not happy at all. The former WWE Superstar went on a rant that lasted all morning and into the afternoon with several tweets accusing Dwayne Johnson of supporting people who do heinous things.

Venis unleashed with a slew tweets based on unfounded conspiracy theories. He accused The Rock of supporting pedophiles and said that Johnson “sold his soul to the devil.”

The Rock took fire for jokes from SNL that triggered Venis. Dwayne Johnson wasn’t the only person who took fire as Disney was also the object of Val Venis’ online attack.

What I just heard from @TheRock is so damn disappointing. The BULLSHIT I heard come out of that mans mouth means I’ll never spend another dime on his movies. I became suspicious about the content rock puts out into the world and now his real loyalty to CLUB PEDO is confirmed!

From 100% completely WEIRD & disgusting so called “jokes” on SNL over the years to his support of KNOWN CRIMINALS & PEDOPHILES to RULE over the lives of Americans is DISGUSTING! THAT BIG CLUB George Carlin used to rant about, @TheRock has clearly become a member.

F*CK @TheRock! Disappointed is a MAJOR understatement! Rock has clearly sold his soul to the devil. Maybe he should build another child molesting robot and virtue signal again to his PEDOPHILE bosses at Disney! SHAME ON YOU ROCK!

Val Venis made headlines in the past over his off the wall tweets. He is very opinionated about certain subjects such as Nyla Rose’s reign as AEW Women’s World Champion.

Odds are The Rock is going to listen to Val Venis for about as long as Cody Rhodes did when the Big Valbowski was firing off tweets in AEW’s direction.