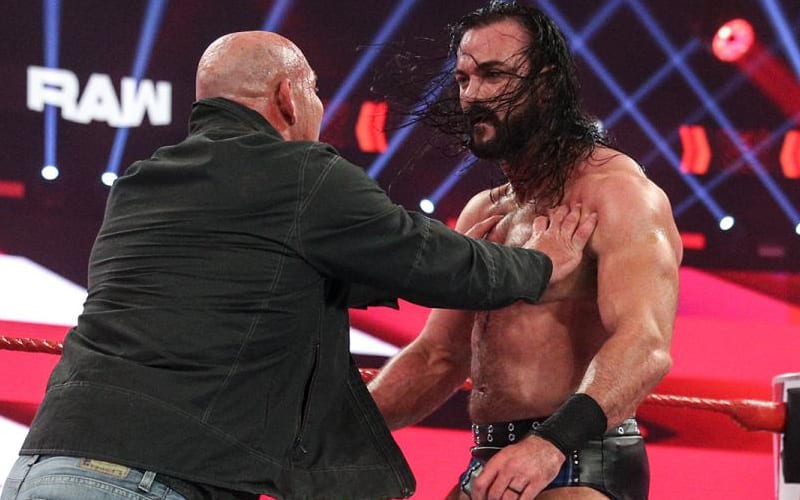 WWE ended their Legends Night by bringing out a WWE Hall of Famer to challenge Drew McIntyre for the WWE Title at the Royal Rumble. Goldberg surprised everyone, but that was a decision WWE made on Saturday.

Former WWE referee Jimmy Korderas watched RAW this week, and he had some questions. He also didn’t really like Goldberg coming out to challenge Drew McIntyre. It doesn’t make sense to him, especially after Goldberg took so many shots at Roman Reigns in recent memory.

Korderas pointed out the fact that both Drew McIntyre and Goldberg are babyfaces. It just doesn’t make sense to him, but that is WWE’s direction for their January 31st pay-per-view event.

He also pointed out the fact that some of the “Legends” that WWE had back this week for Legends Night weren’t really “legends,” but it was still nice to see him. Jimmy Korderas’ big Reffin Rant this time around dealt with Goldberg and why he showed up to stand face-to-face with the Scottish Warrior.